According to information published on the Telegram account of the Belarus defense industry, on July 26, 2022, Belarus developed a new modernized version of the T-72B Main Battle Tank (MBT). The armed forces of Belarus have already conducted the first trial tests and the tank will be used in August 2022 during the tank competition in Russia.

The fire control system is interfaced with the Sosna-U sighting system and a digital ballistic computer that automates the shot preparation process and improves firing accuracy significantly. This sight includes a second-generation thermal imaging camera, laser range finder, and a channel for missile guidance. 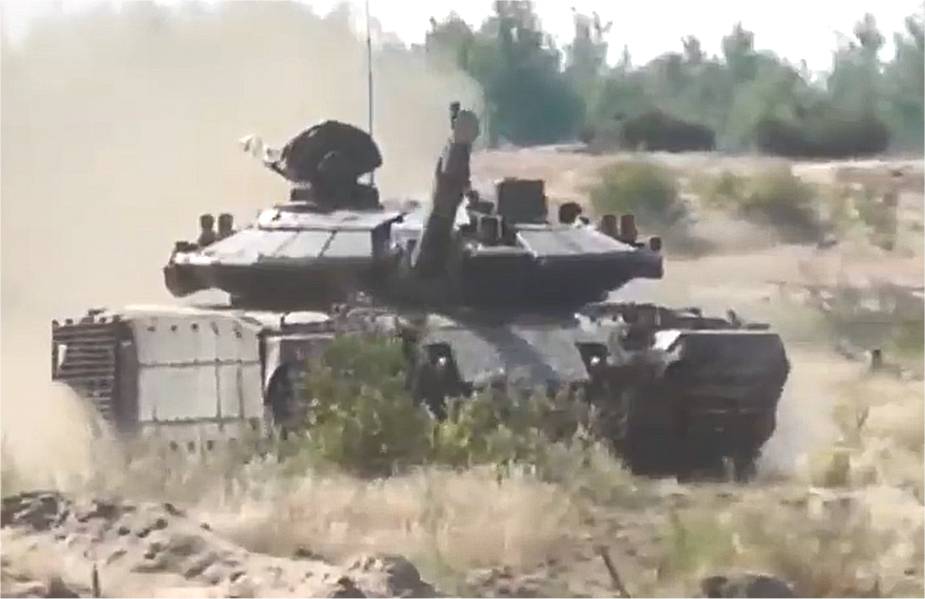 The front and the side of the hull are fitted with a new passive armor while the turret is equipped with a Kontakt-5 explosive reactive armor which is a type of third-generation explosive reactive armor (ERA) able to defeat modern armor-piercing fin-stabilized discarding sabot (APFSDS) rounds. Kontakt-5 is made up of “bricks” of explosive sandwiched between two metal plates. The rear sides of the hull are also equipped with wire cage armor to increase protection against RPG (Rocket Propelled Grenade) threats.

The T-72B has a crew of three including a driver, commander, and gunner. The tank uses an automatic loading system with a total of 22 rounds ready to fire. Additional 23 rounds are stored in ammunition stowage racks in the hull and turret.