On 24 August, the Czech Ministry of Defence concluded a contract for the acquisition of 209 Tatra 815-7 6×6 heavy-duty off-road trucks in a flatbed design with a total value of more than CZK 1.9 billion (USD 77.5 Mn). The contract was signed on behalf of the Ministry of Defence by Lubor Koudelka, Deputy Director of the Armaments and Acquisitions Section, and on behalf of Tatra Trucks a.s. by Petr Hendrych, Vice-Chairman of the Board of Directors, and Petr Šimek, Member of the Board of Directors. 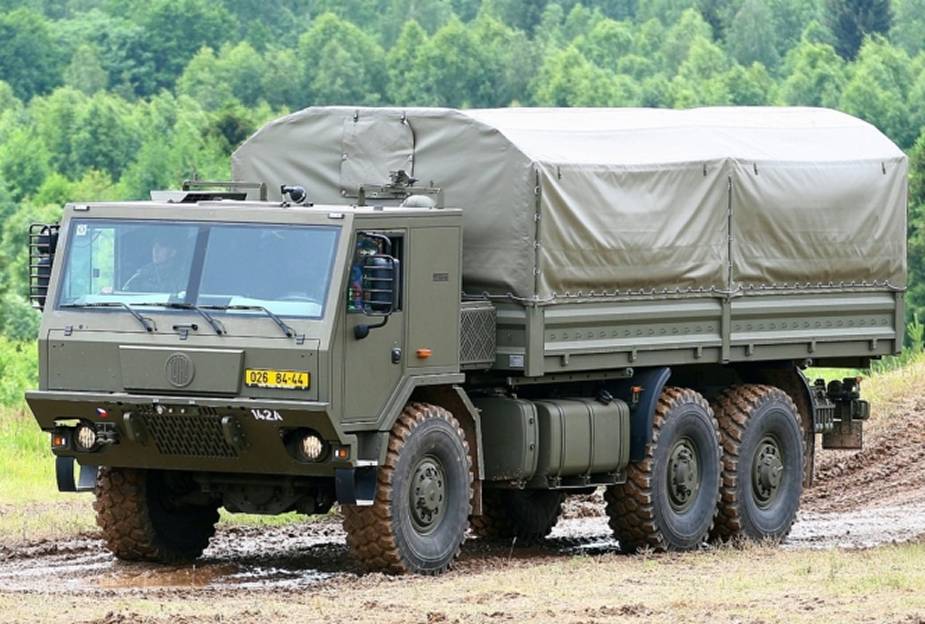 “In today’s complex security situation, this is another important step towards strengthening the defense of the Czech Republic. I am very pleased that we have managed to negotiate a contract with a Czech manufacturer,” said Ministry of Defence Lubor Koudelka on the occasion of the contract signing. Already this year, 200 pieces of equipment will be delivered, and the remaining 9 pieces will be delivered at the beginning of 2023. In the future, it will be necessary to replace another 640 of the 928 vehicles in operation due to their age.

In the next few days, a contract will be concluded with Tatra Trucks a.s. for the years 2023 and 2024 for the acquisition of 80 heavy off-road trucks type T-815-7 8×8, so-called hook loader for transport and handling of ISO 1C containers with a total value of more than CZK 1.2 billion excluding VAT. The current state of automotive transport equipment of this category in the Army of the Czech Republic is significantly undersized. Out of the total number of 504 vehicles in operation, at least 200 need to be supplemented, with 80 identified as the minimum for urgent needs.

In the implementation of both public procurement contracts, the Ministry used the urgent method of procurement, which, according to the Public Procurement Act, is applicable in the event of a war crisis and similar extraordinary life-threatening situations.

Tatra knew the exceptional qualities of its T-815 chassis, but to be among the top army vehicle manufacturers, it was decided to develop a new vehicle that would be transportable by the most widespread NATO transport aircraft: the C-130 Hercules. Tatra took the engines and transmissions of the 815-6 model, the chassis T-815 has been modified and a completely new cab has been developed, it is lower, more durable and easy to armor.

In 2004 a prototype of model 4×4 appeared at Eurosatory and other defence and security trade shows. Several other prototypes were later built ranging from 6×6 to 10×10. The cabin is all-metal, tiltable, its construction allows easy additional armoring in various degrees of ballistic protection. Cab tightness allows the use of overpressure filtering.

On the chassis of the Tatra 815-7 several armored transporters were built, such as the Czech VEGA 4×4, the Egyptian Fahd 300, the French Nexter Titus, the Israeli Wildcat APC, the Jordanian Al-Wahsh, the Nigerian Ara and the United Arab Emirates Legion. Tatra 815-7 serves in the Army of the Czech Republic and the Slovak Armed Forces.