During the NATO Days 2022 in Ostrava, Czech Republic, BAE Systems unveiled its latest generation of CV90, the CV9035/50 Mk IV fitted with the new D-series turret armed with a 35mm automatic cannon which can be upgraded to a 50mm caliber.

The CV9035/50 was presented for the first time during the edition 2021 of DSEI, an international defense exhibition that was held in London, United Kingdom. The CV9035/50 is fitted with the new D-series turret. The main weapon position is changed to provide even better vehicle balance and enable new ways to introduce a variety of weaponry for increased lethality. It also offers significant ergonomic improvements to benefit the vehicle’s crew. 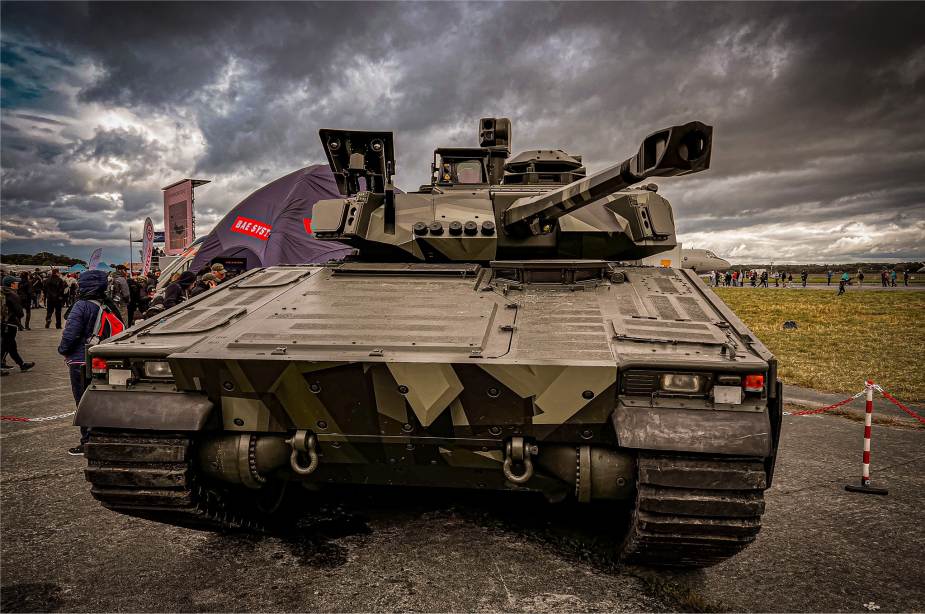 With this new turret configuration, the CV90 provides crews with improved protection and increased combat efficiency. It represents our continued commitment to delivering the most modern, advanced Infantry Fighting Vehicle that meets our customers’ requirements now and in the future

The CV9035/50 is based on the CV90 Mk IV which is the latest generation of tracked armored IFV (Infantry Fighting Vehicle) in the CV90 family. It was unveiled by BAE Systems during the International Armored Vehicles conference and Exhibition in September 2017. The CV90 Mk IV has many new improvements in terms of mobility, protection, and firepower.

In terms of firepower, the CV9035/50 also integrates the SPIKE-LR long-range anti-tank guided missile system manufactured by the Israeli company Rafael. Other significant improvements include the latest generation of sensors, Artificial Intelligence, and Augmented Reality software to increase the CV90’s multi-domain capabilities on the battlefield.

The CV9035/50 is also fitted with the latest generation of protection systems including the Iron Fist Active Protection System designed and developed by the Israeli company Elbit Systems. The active protection system is a system designed to prevent anti-tank missiles/projectiles from acquiring and/or destroying a target.