In entering the Light Protected Vehicle market with its new multi-role ‘Maatla’ (meaning Power in Setswana), Paramount Land Systems is meeting the increasing demand for lighter weight and more affordable armoured vehicles, while offering advanced capabilities and reconfigurability in the field.

Building on nearly three decades of equipping armed forces in Africa and around the world with the most advanced armoured vehicles, the latest addition to Paramount’s family of protected vehicles is already in production for an African country with one of the most challenging, rugged and remote environments for land forces to operate in. 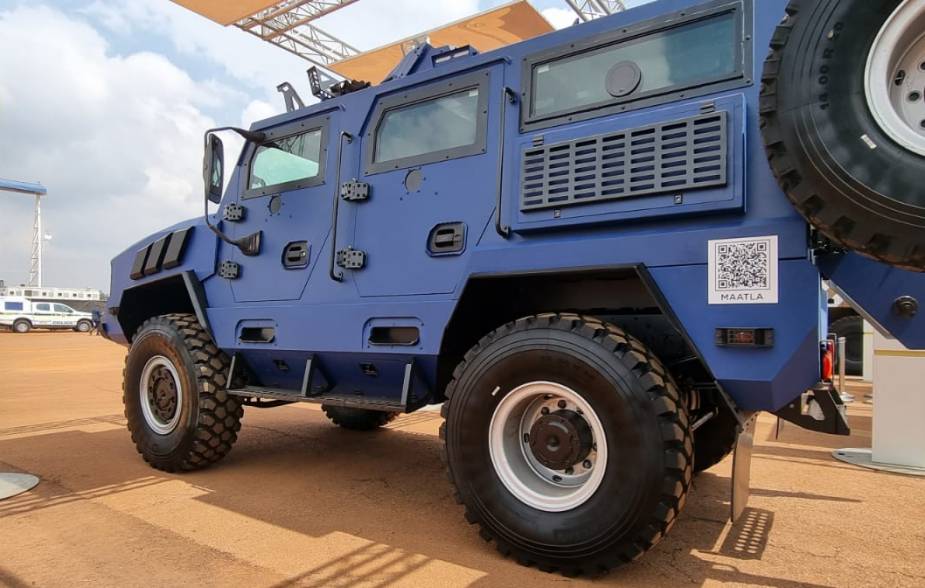 The Maatla has been manufactured on a commercial vehicle chassis which provides class-leading reliability and proven capability, while capable of addressing all types of terrain for its nine-crew personnel. It further features “Smart Floor” technology, enabling the seating to be quickly removed and the vehicle to be configured as either an ambulance, command vehicle or customisable for alternative mission requirements, such as border patrol, military support, policing, or peacekeeping missions. Day/night vision devices and extra sensors can also be fitted to provide 24/7 operability.

The Maatla provides, as a minimum, ballistic and blast protection to STANAG 4569 Level 1, and can protect against handguns and other small caliber ball rounds. It also provides underbelly protection against M26 hand grenades or a blast equivalent.

Deon Grobler, CEO of Paramount Land Systems, stated that: “Personnel safety and soldier survivability in the field are key priorities of the Paramount Group’s design and manufacturing philosophy. The Maatla is a multi-purpose vehicle, offering excellent cross-country performance and
reliability. Designed to handle a 2-tonne payload, the Maatla offers near infinite-configurability in terms of onboarding mission-specific equipment, weapons, and armour scalability.”

The Maatla can reach a road speed of up to 100 km/h, with a cruising range of up to 600 km when traveling at 80 km/h, and a fording depth of up to 750 mm without preparation. The vehicle is fitted with a 2-speed transfer case and 3 differential locks, which allows it to cross almost any obstacle in difficult terrain. The vehicle can be operated in extreme environments, with temperatures ranging from -10°C to + 55°C, without any preparation.