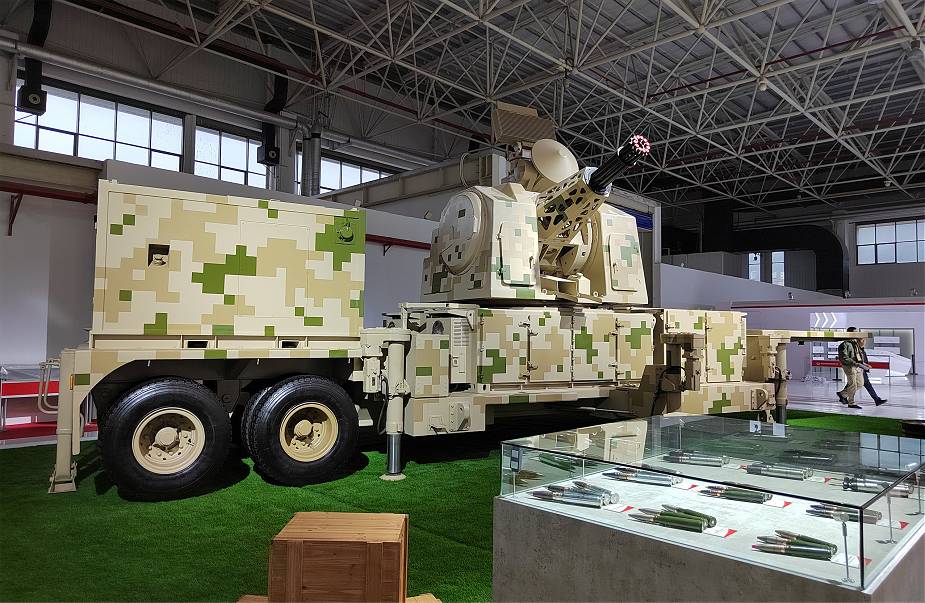 The LD-3000 is a C-RAM (Counter Rocket Artillery and Mortar) system which has been designed to provide air defense of key installations against aerial threats such as low-flying helicopters, fixed-wing aircraft, and cruise missiles. The air defense system seems very similar to the American-made C-RAM Centurion Phalanx.

The LD-3000 uses the Naval version of Type 730 seven-barreled 30 mm Gatling gun/Rotary cannon CIWS (Close-In Weapon Station) which is mounted on ships to provide air defense against anti-ship missiles and other precision-guided weapons.

The LD-3000 is based on a two-axle trailer with a remotely operated turret mounted on the center of the trailer and a power generator cabin located at the rear of the trailer. The turret is armed with an eleven-barreled 30 mm Gatling gun/Rotary cannon. The gun system has a rate of fire of 12,000 rounds per minute.

The turret is fitted with an advanced stability system and radar offering the 30mm gun weapon station to intercept missiles flying at Mach 4 with 90% success. The radar is able to detect and track aerial targets at a maximum range of 15 km. The CIWS system also includes a laser range finder, a color TV camera, and an IR camera.

The LD-3000 CIWS trailer is towed by a 6×6 military truck and can be connected to a command and control operation center which is also based on a 6×6 truck.