According to information published on the “Defense Arab” Twitter account on November 19, 2022, the second generation of Hafeet 6×6, a wheeled armored vehicle produced by the defense company NIMR from UAE (United Arab Emirates) will arrive in Algeria.

NIMR Automotive is a global leader in the manufacturing of light and medium-weight wheeled military vehicles in the Middle East and North Africa region, based in Abu Dhabi, the United Arab Emirates. The company delivers highly capable armored and non-armored platforms that are tailored for harsh environments, across a diverse scope of mission requirements. The vehicles are designed, manufactured, and produced in the UAE. 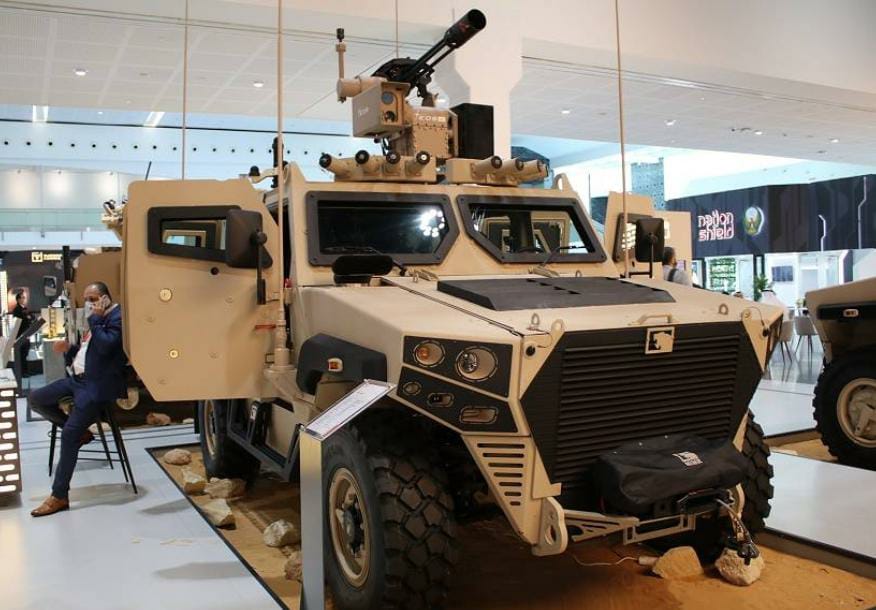 In 2012, NIMR entered into a joint venture with the Algerian Ministry of Defence to produce the NIMR vehicle range in Algeria. The partnership is a testament to NIMR’s success in local industry development, and NIMR’s ability to transfer technologies for assembly and manufacture.

The second generation of NIMR Hafeet 6×6 armored vehicle was unveiled in February 2021 during the defense exhibition IDEX. The Hafeet Mk 2 offers a high level of protection against ballistic and mine threats. The design of the vehicle is tailored to the new needs of military and security forces.

The Hafeet Mk 2 has been designed to provide a multi-role platform that can be configured to perform a wide range of missions. The vehicle is available in an APC (Armored Personnel Carrier) version with a crew of two and the possibility to accommodate eight fully geared military personnel. The Hafeet Mk 2 is also available as an artillery observation vehicle with radar and reconnaissance mast mounted on the roof of the vehicle. In the ambulance version, the vehicle is capable to carry a medical crew of four including the driver and commander as well as two stretchers. The surveillance and observation variant has a crew of four with onboard equipment including C4I (command, control, communications, computers, and intelligence) systems, an independent power unit, and a telescopic mast with radar and cameras.