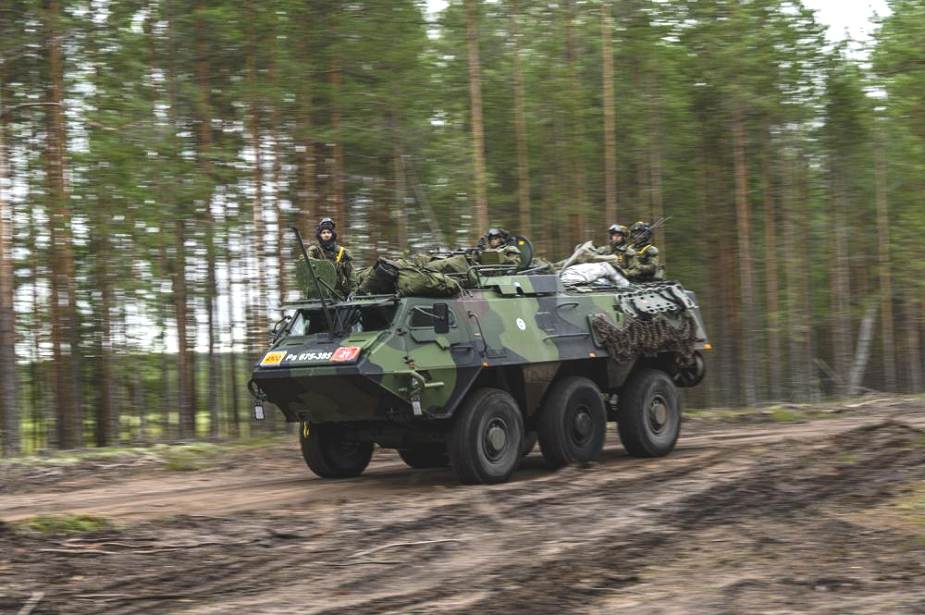 “XA-series’, also known as “Pasi” vehicles, modernization project has been an important project for Patria and the lifecycle of the vehicles has been secured until the 2040s. By then, the mobility performance of XA-180 vehicles is meant to be replaced by the new Patria 6×6 vehicles. Patria appreciates the flexible cooperation with the Finnish Defence Forces and numerous other cooperation partners. In Finland, the project’s employment effect has been more than 450 person-years in total”, commented Patria’s Finland Division’s Army Business Area leader Tommi Svensk.

During the project, all XA-series vehicles have been modernized and aligned. The implemented modifications included new electrical systems and communications equipment, as well as an updated crew space with improved seating solutions. Also, key components, such as engines, power transmission and axles, were inspected and repaired, or replaced if necessary.

The XA-180 series was developed by the Finnish company Patria to meet the requirements of the Finnish Defense Force for a new 6×6 Armored Personnel Carrier vehicle (APC). The first prototype of the XA-180 was completed in 1982. Following trials with these vehicles, in December 1983 the Finnish government placed an initial order for 59 SISU XA-180 APCs.

The XA-180 was developed using the chassis of the SISU SA-150 military truck. The commander and the driver are seated at the front of the vehicle which is fitted with large bulletproof windows. The engine compartment is to the rear of the driver on the left side with the air inlet and outlets in the roof. The hull of the XA-180 is of all-welded steel armor construction providing protection against the firing of small arms fire and artillery shell splinters.

The XA-180 has a crew of two including a driver and commander and the rear part of the vehicle can accommodate up to 10 infantrymen. They are sitting on bench seats in the rear troop compartment five down either side, and enters via two doors in the rear which both have firing ports and vision blocks.