FNSS is placing two outstanding vehicles that will establish new standards in their respective classes under the spotlight at INDO DEFENCE 2018: MEDIUM TANK, a tank that has been adapted to today’s asymmetric warfare conditions, and ZAHA (Armoured Amphibious Assault Vehicle), which brings 21st century technologies to the armoured amphibious assault vehicles.

The Medium-Weight Class MEDIUM TANK that will be on display at INDO DEFENCE as ready for production, was developed jointly by FNSS and PT Pindad as part of a defence sector cooperation agreement signed between Turkey and Indonesia. Qualification tests of the vehicle were launched in July, and were completed in August. Thus, MEDIUM TANK showed that it fully meets satisfies all of the project requirements established at the outset of the programme and was now ready for service. 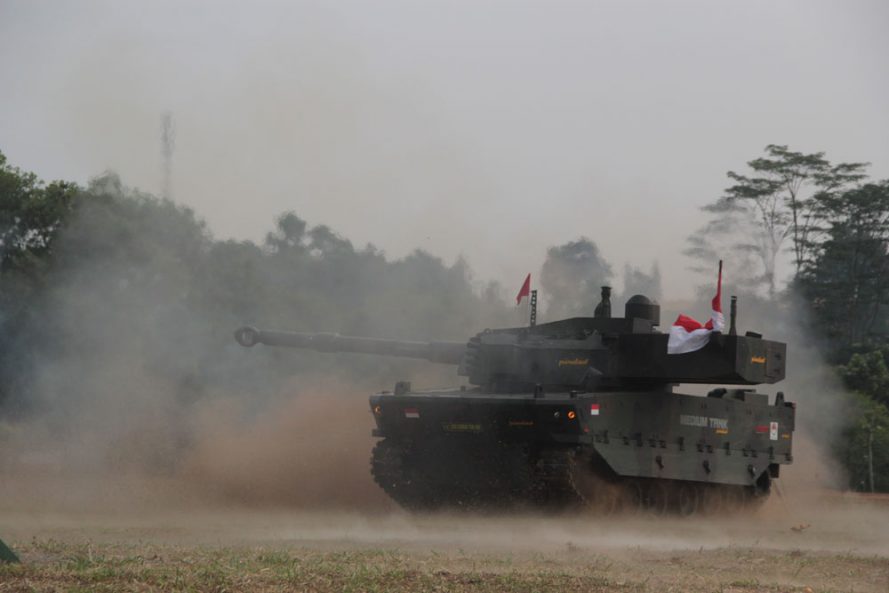 The qualification tests were conducted in three phases, comprising Mine Tests, Endurance Tests and Firing Tests. The Mine Tests, conducted with a mine prototype mock-up in the first phase, were completed successfully in July.

The Endurance Tests, which pitted MEDIUM TANK against Indonesia’s harshest conditions, were carried out on the island of Java between August 6 and 16, during which the vehicle travelled nearly 2,000 km on the western side of the island and was put through its paces over different terrains and under different climatic conditions. Starting out in Bandung, the route took the vehicle through Cipali, Tegal, Semarang, Sarangan, Jogjakarta, Kebumen, Subang and Parompong, before returning once again to Bandung.

The Firing Tests, on the other hand, were held in Bandung between August 25 and 27, during which MEDIUM TANK demonstrated its effectiveness by accurately striking mobile targets while on the move.

Nail Kurt, General Manager and CEO of FNSS, spoke about the success of MEDIUM TANK:

“MEDIUM TANK will be a highly effective solution in today’s conditions of asymmetric warfare. The vehicle meets all of the requirements of an easy and rapid positioning, high mobility, low visibility, high firepower and cost-effective medium-weight tank. The vehicle has low weight and silhouette, while making no concession in performance in terms of ballistic or mine protection. Our target was to have MEDIUM TANK offer the highest ballistic and mine protection in its class, and following the successful completion of the challenging qualification tests, we are delighted to see that we have achieved our goal. In the coming period we will all see how MEDIUM TANK can bring important innovations to the battlefield. As FNSS, we are proud to be meeting this critical requirement of Indonesia, a friendly and allied nation, supplying it with the most superior solution together with our partner PT Pindad. We can say this with full confidence: Our Indonesian friends can see FNSS as an Indonesian company.”

Marine Assault Vehicle (MAV) is being developed by FNSS to meet an amphibious armoured vehicle requirement of the Turkish Navy, as per an agreement signed in 2017. 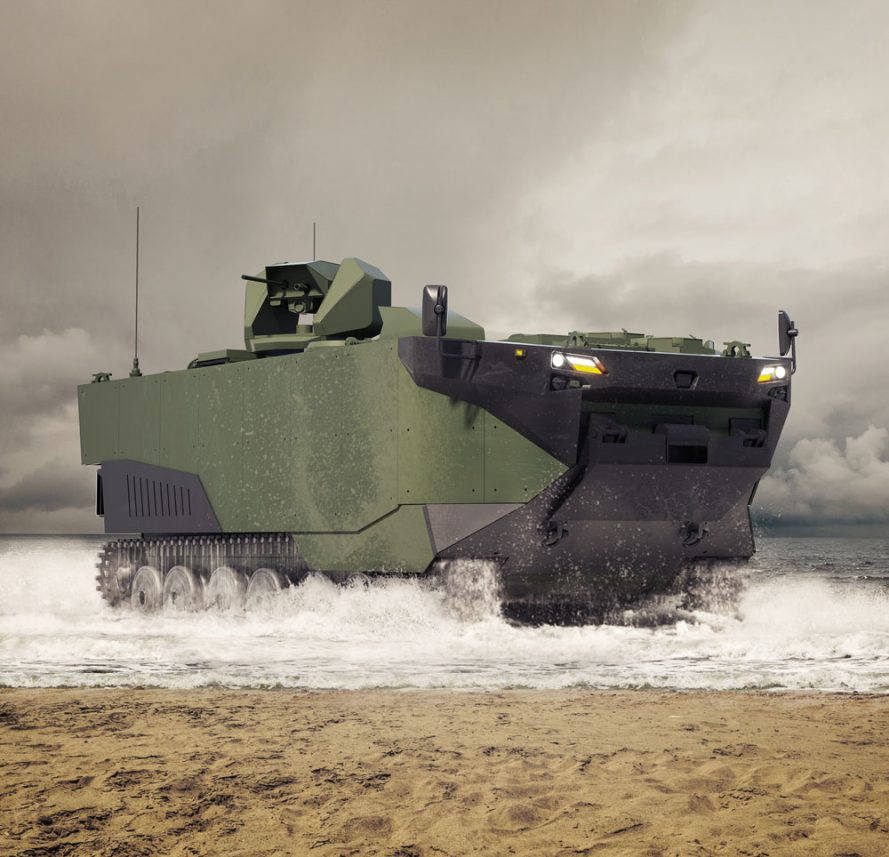 During the beach landing phase of an amphibious operation, these vehicles are launched from landing helicopter docks (LHD) and are able to rapidly cover the distance between the vessel and shore, allowing marine units to land under armour protection and with minimum delay. Once on land, they can contribute to operate alongside with other armoured vehicles.

The MAV owes its fire power to its 12.7mm MG & 40mm AGL remote controlled turret. Designed to support dual operation based on their mission requirements, armoured amphibious assault vehicles need to ensure superior capabilities both at sea and on land. Unique hull design and powerful water jets make the MAV highly mobile in water with a speed of 7 knots, as well as on land, at 70 km/h maximum speed.

The base vehicle can be configured in different variants such as Personnel Carrier, Command-Post, Mine Clearance and Recovery. Few navies worldwide possess such a capability.

Through the MAV, FNSS carries the armour protected amphibious fighting vehicle concept into the 21st century. Compared to similar examples, MAV can be considered superior in the following respects:

Under the Marine Assault Vehicle (ZAHA) Project of the Presidency of Defence Industries (SSB), FNSS will deliver a total of 27 vehicles, including 23 personnel carriers, two command control vehicles and two recovery vehicles.

Kurt emphasises that ZAHA-MAV is a very special vehicle: “ZAHA-MAV has to make sure that marines reach the shore in the shortest possible time, both with a view to meeting the rapid movement requirement and shortening the period during which the troops are open to threats in the sea. Then, on land, it has to serve effectively like an armoured combat vehicle, and to provide superior ballistic and mine protection at the same time. We are developing ZAHA-MAV in response to the challenges faced by the Turkish Naval Forces, which carried out one of the most important amphibious operations in the last 50 years with great success. We are confident that friendly and allied nations with high amphibious operational requirements, particularly island countries like Indonesia, will also look to take advantage of ZAHA-MAV’s superior features, and we look forward to working with them in the future.”