Elbit Systems has concluded extensive testing and carried out a series of successful capability demonstrations of its innovative Armored Fighting Vehicle (AFV), as part of the CARMEL Future Combat Vehicle project of the Israeli Ministry of Defense.

The innovative AFV introduces a step change in the operational capability of combat vehicles. This is underpinned by applying autonomous capabilities and Artificial Intelligence (AI) to accelerate decision making and facilitate target engagement with dramatically increased rapidity and accuracy. Using a Helmet Mounted Display (HMD) a crew of two warriors operates the AFV under closed hatches, further enhancing capabilities and survivability. The AFV successfully demonstrated its capacity to function as an independent high fire-power strike cell, as a networked station for multi-spectral sensing and information fusion, as well as a base platform for operating additional unmanned systems. 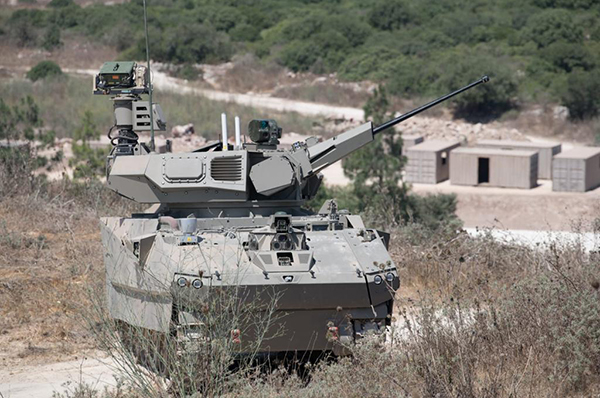 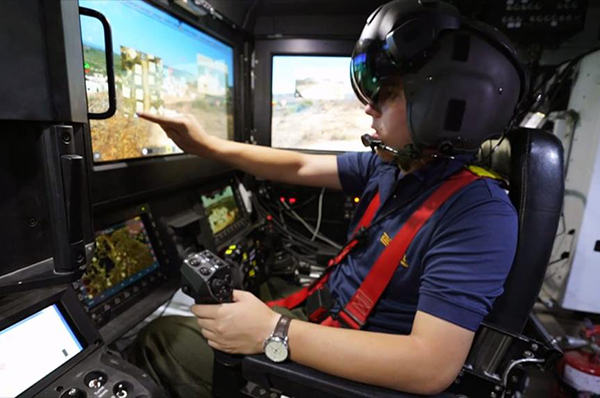 The AFV is capable of performing key combat tasks with high level of autonomy – off road driving, rapid target acquisition and prioritization, as well as fast, high precision fire missions, in day and night. The AFV is networked allowing it to carry out missions ordered by Headquarters and other fighting platforms as well as to transmit missions and intelligence to other forces. Additionally, the AFV is capable of operating other unmanned platforms such as a VTOL to feed intelligence into the crew’s operational picture or a fighting UGV to perform high risk missions.

Using the Iron Vision ‘See-Through’ HMD, a crew of two is capable of operating the AFV entirely under closed hatches. The system transmits real-time, high resolution video to the crew’s helmet mounted display, providing them with a 360° view of the surroundings, together with relevant symbology and C4I data. In addition, Iron Vision enables the crew to acquire targets, conduct line-of-sight (LOS) driving and navigation and enslave the AFV’s weapons systems to their LOS.