The Kalashnikov Group integrated into Russia’s Rostec state hi-tech corporation will adapt the Vikhr-1 antitank missile to a long-range drone of the Kronstadt company by the yearend, Group First Deputy CEO Andrei Semyonov said at the Army 2021 international military and technical forum. 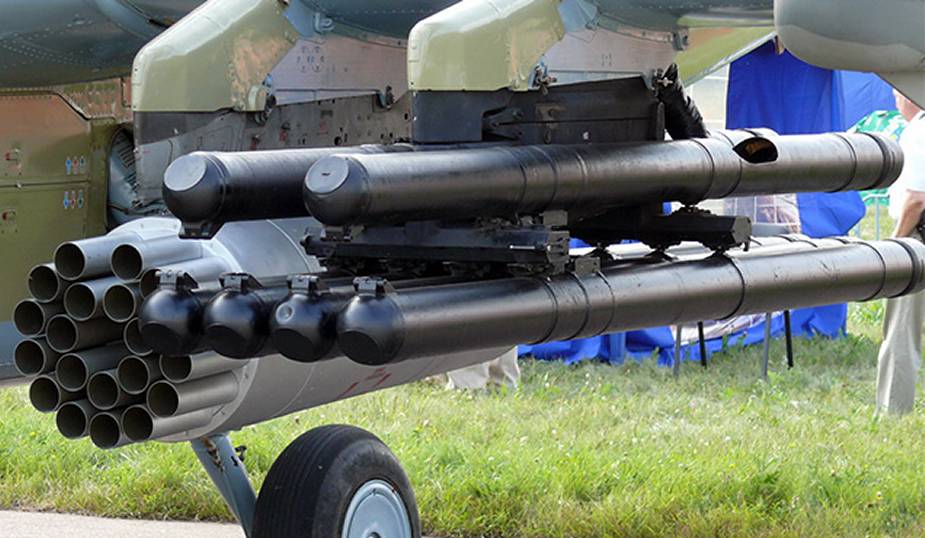 “The issue regarding unmanned aerial vehicles is very relevant. The Kalashnikov Group is cooperating with the Kronstadt Company to mount the Vikhr-1 missile on a long-range drone. The work will be completed this year,” Semyonov said.

The Vikhr-1, an updated version of the 9K121 Vikhr, was for the first time displayed at the Army 2020 forum. It destroys targets at a distance of 10 km (6.2 mi) and develops a speed of over 600 m/sec. The tandem cumulative warhead pierces 750mm thick homogenous armor behind explosive reactive armor.

The 9K121 Vikhr (Whirlwind; NATO reporting name: AT-16 Scallion) is a laser-guided anti-tank missile. “9K121” is the GRAU designation for the missile system. The missile can be launched from warships, Ka-50 and Ka-52 helicopters, and Su-25T aircraft. It was first shown publicly at the 1992 Farnborough Airshow. The Vikhr-1 missile is part of the Vikhr-M system, which also includes an automatic sight and a depressible launcher. Adopted in 1990. The missile was upgraded in 2021.

The missile is designed to engage vital ground targets, including armoured targets fitted out with built-in and add-on explosive reactive armor, at a range of up to 8 km when fired from a helicopter and 10 km when fired from a fixed-wing aircraft in daytime and up to 5 km at night, as well as air targets in conditions of air defense assets activity.

The automatic sight is provided with TV and IR channels for target sighting, a laser beam channel for missile control, a laser rangefinder, an automatic target tracking unit, a digital computer and a system for stabilization and aiming the sighting and beam channels. The automatic sight provides for target detection and identification both by day and night, automatic target tracking and missile guidance, and generates exact information for gun and rocket firing. The guided missile consists of a HEAT fragmentation warhead fitted with a contact and a proximity fuze, an air-dynamic control actuator, control electronics, a motor and laser detector. It is kept in a sealed launching transporting container.

The multi-purpose warhead (two-stage HEAT and an additional fragmentation sleeve) allows the missile to be used against armoured, airborne and area targets alike. This is an advantage compared to the three different missiles required in the 9M120 Ataka-V complex. The use of the proximity fuze allows a near miss of up to 5 m and makes it possible to engage an air target at speeds of 500 m/s.

The Vikhr missile laser beam control system provides for its precise guidance owing to data transmission to the missile in the course of its launch, which is excluded in homing systems. The laser guidance principle is identical to that used by 9M117 Bastion or 9M119 Svir antiarmor missiles. The Vikhr missile control system has high jamming immunity because its receiver faces the carrier, thereby protecting it from jamming signals.

The high pinpoint target hit probability (reported 0.95 against stationary targets) is provided by the automatic target tracking system and highly accurate missile control system that makes allowance for changes in the parameters of the carrier and the target in the course of firing.

The missiles can be fired singly or in pairs (at the same target to increase lethality). The high flight speed allows it to engage targets rapidly. The system is capable of launching Vikhr missiles against two to four targets during a 30-second period and starting at a range of 10 km, which increases its lethality to three to four times that of earlier systems.