The Turkish company FNSS has completed the design perfection process for KAPLAN MT (Medium Tank). FNSS of Turkey and PT Pindad of Indonesia have launched the development of the Modern Medium Weight Tank (MMWT) project called Kaplan MT (Medium Tank) to address a request from the Indonesian army for a new medium tank. 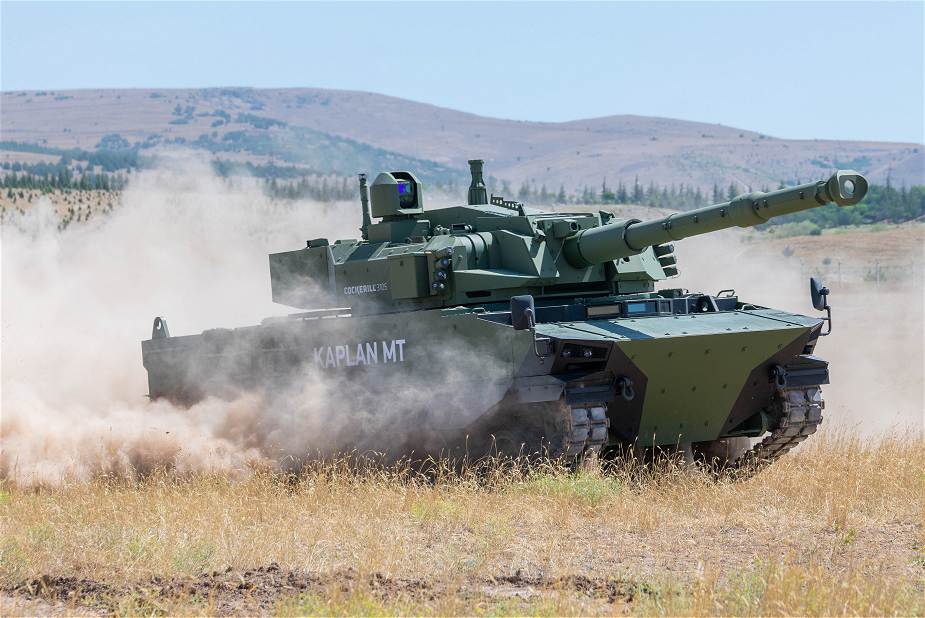 Turkish company FNSS successfully applied the technology transfer model with PT Pindad through the KAPLAN Medium Tank development project. The serial production contract was signed after the prototype tests were ended. The tank has successfully completed the endurance and firing tests carried out in Turkey and Indonesia during the prototype period.

The KAPLAN MT Project is Turkey’s first export contract in the Medium Weight Tank Class, as well as the first project that was initiated and concluded within the framework of the Defence Industry Cooperation Agreements signed between Indonesia and Turkey. The production started after the final design for serial production was decided upon at the FNSS facilities, with the participation of PT Pindad engineers and end-users from the Indonesian Army. The delivery of the vehicles will be completed in 2021.

The FNSS Modern Medium Weight Tank (MMWT) or Kaplan MT is fitted with a two-man CT-CV turret armed with a standard NATO 105mm rifled gun which can fire both AP (Armour Piercing) and HE (High Explosive) ammunitions. The turret is designed and manufactured by the Belgian company John Cockerill.

The layout of the FNSS Modern Medium Weight Tank (MMWT) or Kaplan MT is similar to a standard MBT (Main Battle Tank) with the driver seat at the front center of the hull, turret in the center with commander and gunner and powerpack at the rear. The hull and the turret provide ballistic and mine protection Level 4 (STANAG 4569) firing of small arms 14.5 mm AP caliber on 360°, 155mm shell splinter at 30 m and mine explosion of 10 kg TNT under the track and the floor.

The Kaplan MT is motorized with a Diesel engine coupled with a fully automatic electronically controlled transmission. It can run at a maximum road speed of 70 km/h. The tank is based on a tracked chassis using torsion bar suspension with six dual rubber-tyred road wheels on each side with the drive sprocket at the front, the idler at the rear, and track-return rollers.