According to information published by the Russian press agency TASS, on December 30, 2021, the Russian company Uraltransmash, a subdivision of Uralvagonzavod, a manufacturer of combat vehicles, has delivered 2S3M Akatsiya 152mm howitzers to Belarus. The 2S3M is an upgraded version of the Soviet-made 2S3, a 152mm tracked self-propelled howitzer.

The Russian company Uraltransmash has completed the delivery of upgraded 2S3M ‘Akatsiya’ self-152mm tracked self-propelled howitzers under the 2020-2021 contract with the Defense Ministry of the Republic of Belarus. 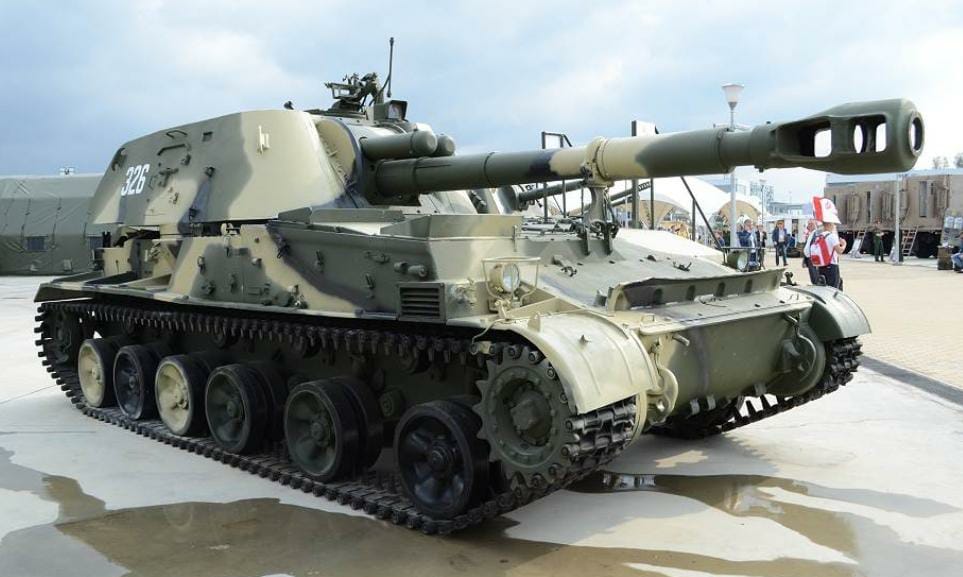 According to the company Uraltransmash, the 2S3 howitzers were upgraded to extend their service life and ensure their technical condition as close as possible to newly manufactured guns. The upgrade packages of the 2S3 includes modernization of the engine and the artillery gun system as well as the recoil device.

The Russian version of the 2S3M is upgraded with a mechanized drum-type stowage for 12 rounds, the amount of hatches in rear armored plates of the hull and the turret was reduced, the configuration of those hatches was changed, antenna of the R-123 radio set was transferred on a turret top. Ammunition was increased from 40 to 46 rounds. The Russian version of the 2S3 with the upgrade package was produced from 1975 to 1987.

The Russian defense industry continued to modernize the 2S3 to the standard 2S3M1 and 2S3M2 equipped with a command data acquisition and display equipment, and with a new SP-538 sight. The 2S3 M2 was modernized with an automatic fire control system, a satellite navigational system, and smoke grenade launchers.

The original 2S3 nicknamed ‘Akatsiya’ is 152mm self-propelled howitzer based on a tracked armored chassis. The first two prototypes of the 2S3 were completed by late 1968 and it entered into service with the Russian army in 1973.

The layout of the 2S3 consists of three main compartments with driver’s at the front on the left, engine to the right of the driver and the fully enclosed turret mounted at the rear of the hull. The vehicle has a crew of six. The hull and the turret are in all-welded steel construction providing protection against the firing of small arms and artillery shell splinters.