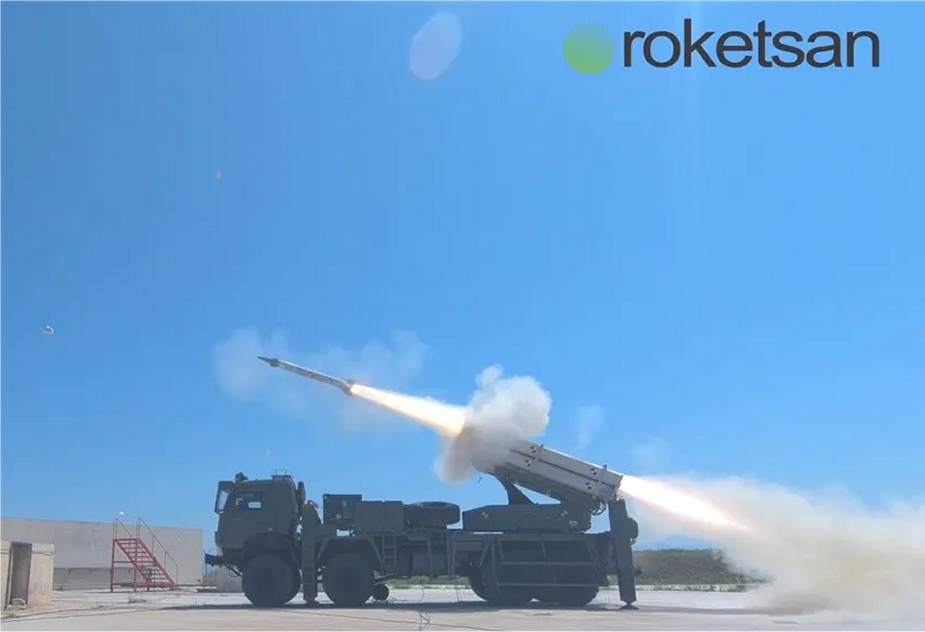 During a meeting, Bangladesh General Shafiuddin Ahmed highlighted the strategic friendship and cultural bonds between Bangladesh and Turkey, adding that his visit will “open new doors for cooperation between the military forces of the two countries.

Bangladesh became the fourth-largest arms buyer from Turkey, reportedly receiving up to $60 million in weapons from Ankara’s roughly $1 billion in defense products exports in the first four months of 2021.

The TRG-230 is a surface-to-surface guided missile developed, designed, and manufactured by the Turkish company Roketsan. It can be launched from ROKETSAN Multi Barrel Rocket Launcher (MBRL) Weapon System and other platforms with compatible interfaces.

The TRG-230 missile is able to reach targets located within 20-to-70 kilometers in all-weather conditions. The missile can hit a target with a Circular Error Probable (CEP) below 10 meters delivering a 42-kg warhead and a kill radius of 55 meters. The navigation system relies on GPS/GLONASS global satellite positioning system and inertial measurement unit (IMU).