According to a Tweet published by Ismail Demir, President of the Turkish Defense Association (SSB), Turkey has conducted final firing tests with its home-made HISAR-O+ air defense missile system. It was the latest acceptance test before its operational deployment with the Turkish armed forces. 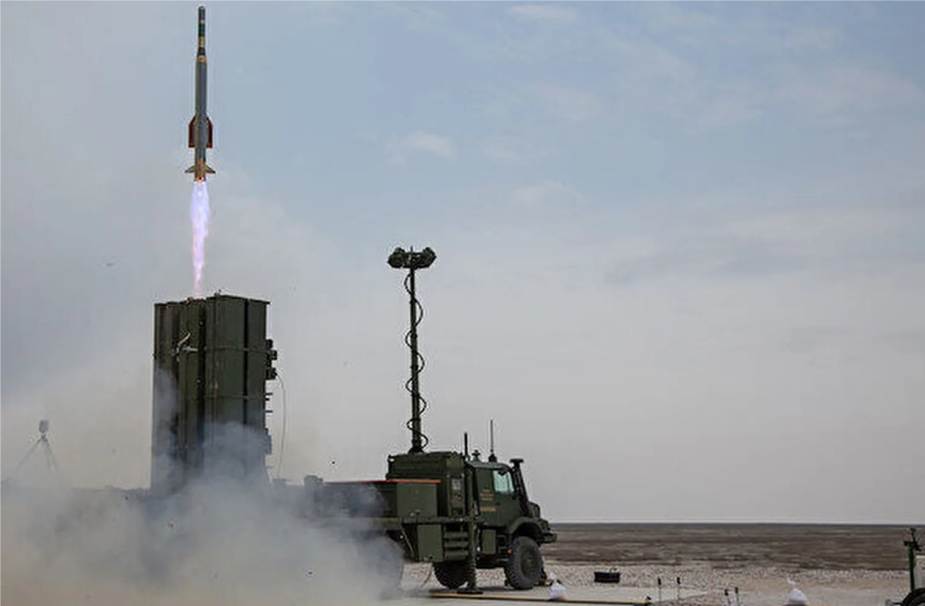 The HISAR is a family of Turkish-made short, medium and long-range surface-to-air missile systems being developed by Roketsan and Aselsan since 2007. The HISAR missile system can be mounted on tracked and wheeled vehicles. The HISAR is developed by the Turkish company Aselsan for the sensors and electronics equipment and the Turkish company Roketsan for the surface-to-air missiles.

The HISAR-0 missile consists of an high explosive fragmentation warhead, which can be fitted with impact and proximity fuses to effectively destroy airborne targets flying at medium altitudes. The weapon is guided by an Inertial Navigation System (INS) through a Radio Frequency (RF) data link in the mid-course phase of flight.

The HISAR-O missile is able to destroy a wide range of aerial threats as fighters, helicopters, UAVs, cruise missiles and air-to-surface missiles with a maximum range of 25 km and a maximum altitude of 15 km.

The HISAR-O+ surface-to-air defense missile system is also based on the Mercedes-Benz Zetros 6×6 fitted with six container launchers each with one missile ready to fire.

The Hisar-O+ has full 360-degree defense capability and can simultaneously engage and fire against at least nine different targets. It can be used to destroy aircraft, helicopters, air-to-land missiles and unmanned aerial vehicles, it can also intercept targets at a range of 25 km.