Turkish company Roketsan continues the development of the TRLG-230 missile that will be integrated into Unmanned Combat Aerial Vehicles (UCAV) for air-to-surface use. The TRLG-230 is a variant of the 230mm missile that has been integrated with a laser seeker for the export market. 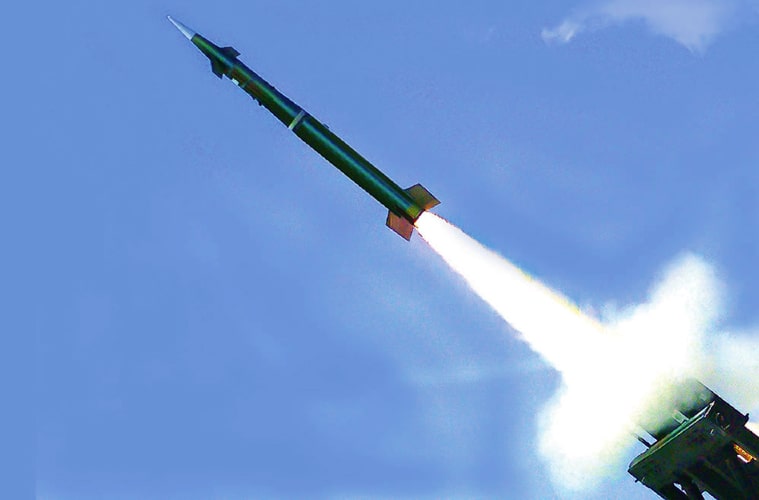 The TRLG-230, which is set to be delivered to a foreign customer by the end of 2021 under an export contract signed between the two parties, will provide its user with a precision strike capability.

Thanks to its high accuracy and high destructive power, the TRLG-230 provides intense and effective firepower against high-priority targets at ranges of 20–70 km. The system can be integrated into the K+ Weapon System and the Multi-Barrel Rocket Launcher (MBRL) by Roketsan, with other platforms of different types with suitable interfaces.

The TRLG-230 has a diameter of 230mm and a weight of 210. The guidance systems of the missile include GPS (Global Positioning System), GLONASS Aided INS (Inertial Navigation System), and Laser Seeker. The missile has a High Explosive and Steel ball warhead weighting 42 kg. The GPS can be used at ranges of up to 55 km in the event of a jamming environment. Impact performance may vary depending on the performance of the laser designator, atmospheric conditions and the laser reflectivity of the target surface.

The potential targets of TRLG-230 include artillery and air defense systems, radar sites, assembly areas, logistics facilities, C3 systems, and other high-priority targets that have been laser-designated from land platforms or Unmanned Aerial Vehicles (UAVs). The system is uniquely efficient with its ready-to-fire mode, its pinpoint accuracy laser designation and its precision strike capability, while its podded transport, storage and handling capabilities ensure mobility.

Turkish company Roketsan launched the project using its own resources and completed the design validation and qualification stages of the project in 2020. The missile has proven its success in the field, and mass production is continuing to meet the current signed export contract.

In the later stages of the project, it is planned to integrate the TRLG-230 Missile into Unmanned Combat Aerial Vehicles (UCAV) for air-to-surface use. Roketsan is also working on making the necessary improvements and platform adaptations for the integration of the missile into naval platforms.

Roketsan is capable of producing TRLG-230 pods in double, triple and sextuple configurations, according to the needs of the end-user. Simultaneously, efforts are underway to produce other warhead options that will allow the missile to address more specific user demands.