The Rheinmetall-BAE joint company RBSL has revealed a new iteration of the Challenger main battle tank at this year’s DSEI exhibition in London.

On display at Rheinmetall’s and RBSL’s DSEI 2021 stand is the highly-anticipated Challenger 3 demonstrator vehicle. 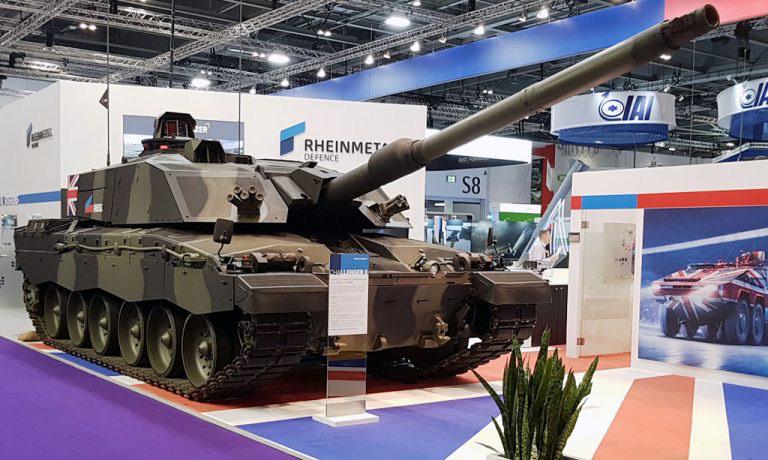 As noted by the company, its Challenger 3 will be the most capable tank in NATO.

The demonstrator is also equipped with a combination of active and passive protection elements as a demonstration of how critical future capabilities could look on the Challenger 3.

Rheinmetall BAE Systems Land (RBSL) announced their UK MOD contract to upgrade 148 British Army Challenger 2 vehicles in May 2021, and significant progress has been made since the announcement.

The RBSL Challenger 3 team has mobilized and major recruitment and onboarding activity are underway to grow the team of specialists who will deliver the program. 200 jobs will be created and sustained within RBSL, including 130 engineers and 70 technicians. RBSL will also, grow its existing apprentice community into an ambitious early careers program that will assist the delivery of a career-defining contract.

RBSL is working closely with the British Army and the UK MOD procurement arm, Defence, Equipment and Support (DE&S), to deliver the program. All customer milestones, such as the initial requirements and project baseline reviews, have successfully taken place, with contract deliverables submitted and accepted.