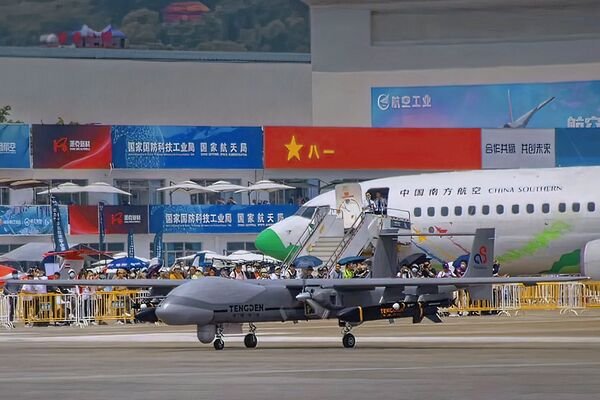 First revealed as an unnamed prototype during its maiden flight in January, the unique three-engine platform was identified by Tengden as the ‘Twin Tailed Scorpion A’. A production-ready example was used by the company to highlight the type’s maturity during flying performances at the event, with the air vehicle demonstrating its ability through low-altitude passes and lazy eight manoeuvres.

Specifications released by the company also confirmed that the new variant has a maximum take-off weight (MTOW) of 3,250 kg despite using the same 10 m long and 3.1 m tall twin-boom airframe used for the baseline TB001 UAV, which has a lower MTOW of 2,800 kg, with an overall wingspan of 20 m.