German company Armoured Car Systems GmbH (ACS) was set up in 2003 as a part of the corporate group Gruma, with annual revenue of approx. €400m. It has built over 1.500 combat-proven vehicles of various types. Modularity is a key concept in the Enok 4.8 design, a 4×4 vehicle intended for airborne and special forces. ACS is currently 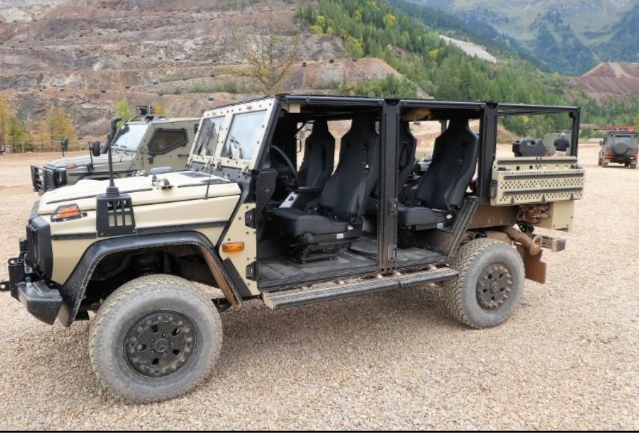 competing in an undisclosed European army tender with utmost confidence.

ACS develops and designs individual and modular protection concepts according to customer needs – certified according to STANAG or VPAM. The equipment options of the Enoks are partly developed and manufactured in-house, but a network of prestigious partners is also used. Maintenance, care and repair of the vehicles can be ensured by ACS – in the factory or at a service partner.

The Enok 4.8 is already in service with the Czech Special Forces and German airborne troops. Other special vehicles designed and manufactured by ACS are also in service: the Enok 6.2 with various German military, police and airport security units, the 5.4 in various configurations (command and reconnaissance in the German army, Swiss UN support and NBC units, German, Swiss and Finnish special forces, and the German Federal Police).

The Enok is based on chassis that are available on the open market. ACS can realize agile combat vehicles as well as protected crew cabs. The Enok 4.8 demonstrated by ACS at Erzberg mine in Austria on September 28 is built on a Mercedes G-Class chassis, with a Gross Vehicle Weight of 4,800kg, including a payload of 2,000kg. Its turbodiesel engine develops 135 kW. Ground clearance: 243mm. The vehicle can be protected up to STANAG level 1 standard.