According to Daily Sabah, a group of Turkish defense contractors is testing a kamikaze unmanned aerial vehicle (UAV) that will be used to counter and neutralize other drone-borne threats. The UAV is part of a wide range of drone detection and destruction systems developed by Havelsan and Transvaro, exhibited at the 3rd Military Radar and Border Security Summit, organized by the Independent Industrialists and Businessmen Association (MÜSIAD) in Ankara. 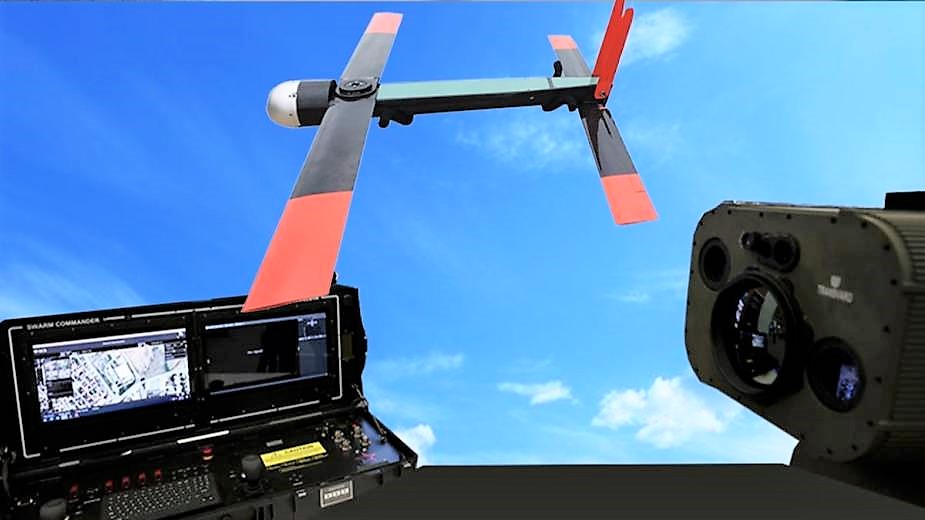 Speaking to Anadolu Agency (AA) at the summit, Havelsan Command Control Defense Technologies Business Development Manager Nezih Şişman said the threat posed by low-cost drones or UAVs is increasing by the day. He noted that there are other stand-alone solutions, produced by different companies that can detect, diagnose and prevent threats using complex algorithms. Şişman said they are looking to develop a system that can protect critical facilities or infrastructures, and organizations with scattered forces, like the gendarmerie, as well as critical locations.

The Havelsan official said they are creating an entire system by adding different algorithms to the Havelsan systems and integrating different components like radar, electro-optical suites, mixing devices and RF (Radio Frequency) detectors. “We offer an artificial intelligence (AI) supported system that will utilize algorithms to detect, diagnose, analyze and eliminate a threat using the appropriate weapon. It will be able to do so thanks to software with a network-supported command and control system at its center, as well as software that can integrate different systems, weapons and sensors, provided that it is independent of the manufacturer,” he explained.

Explaining how the system operates he said: “When a UAV approaches, our radar detects it and warns the electro-optical suite. The electro-optical suite locks and starts to follow the target. Meanwhile, our command-and-control system provides situational awareness to the user by taking images of the target and the electro-optical system. At this point, the system’s new member, a kamikaze UAV solution called Fedai (Bodyguard) is put on alert. Developed by our partner company Transvaro, Fedai has already been tested. After the detections, the intercept geometry is calculated by the command-and-control software and the kamikaze UAV is launched to counter the threat.”

The kamikaze drone, Şişman added, “uses a certain target and identification information. It flies for a while and begins by visually scanning its target. As soon as it captures its target from a certain distance, which is 40 meters at the moment, it can destroy a single UAV or a swarm of UAVs at its location by detonating the warhead.” He pointed out that solutions like signal jamming are also used against the drone threat. Şişman said when different methods and hybrid applications are used, jamming devices can become ineffective and in this case, it is possible to use the kamikaze UAV Fedai, Daily Sabah reports.