At Milipol exhibition , held in Paris (France) from 19 to 22 October 2021, Survey Copter -an Airbus subsidiary- showcases the Aliaca maritime UAV. 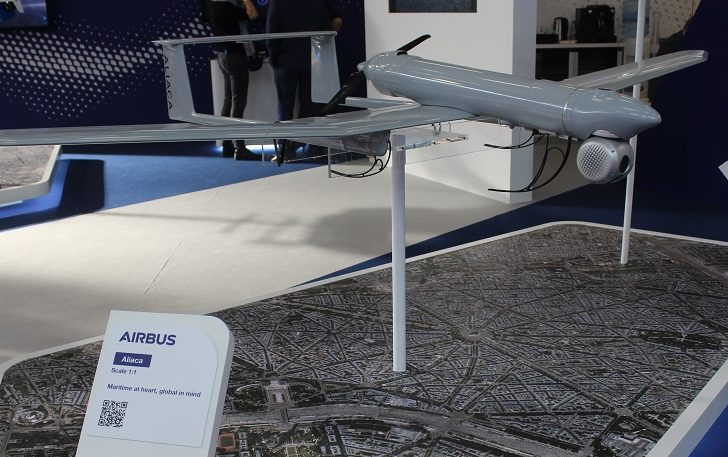 DVF 2000 VT / ALIACA UAV is fitted with a gyro-stabilised turret, installed in a vertical position and providing the UAV with a 360° panoramic coverage. This configuration is operationally very well adapted to carry out missions requiring to observe a fixed target during a long time or track a mobile target.

The UAV system authorises a fast and easy deployment (in less than 10 minutes). The ground station (Single or dual workstations) benefits from SURVEY Copter’s enviable expertise in terms of ergonomics and Man Machine Interface.

Thanks to its user friendly design, the ground station can provide a no-interrupt while exploiting in real time all videos and data forwarded by the on-board sensors.