According to a tweet from the Lithuanian MoD, as part of the Lithuanian Army capacity building and further modernization, the Unimog U5000 project has been completed with the delivery of the last 42 trucks added to the 142 initially ordered and delivered in 2020. 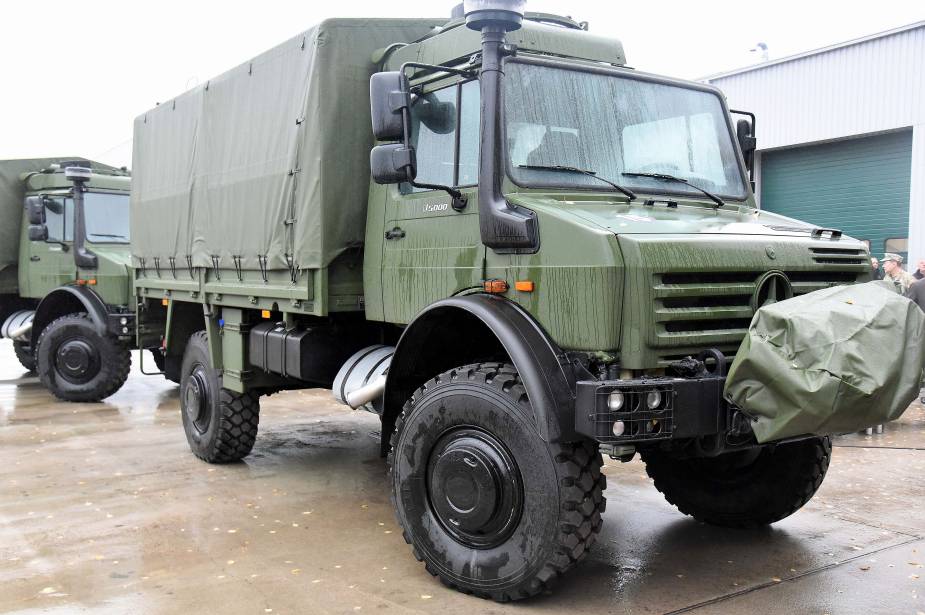 On Oct. 21, 2020, the Lithuanian Ministry of Defense announced on its Twitter account the reception of 142 Unimog U5000 trucks. This was the last batch of the 340 units initially ordered. The Unimogs manufactured in Germany by Daimler AG were purchased under a €70 million contract signed in 2015. The contract between the Lithuanian Armed Forces and the Daimler AG German manufacturer foresees logistical support in the first 15 years of operation, specialized tools and testing equipment, and other guarantees.

Lithuania acquired the trucks through the NATO Support and Procurement Agency (NSPA), which helped it save 18 million euros, the ministry said in a press release: “The NATO agency can amass the requests from across NATO and carry out a large-scale acquisition; as a result, the price per unit was considerably lowered,” it quoted Sigitas Dzekunskas, director of the Defense Materiel Agency under the Defense Ministry, as saying.

Unimog trucks are among the most used vehicles by the Lithuanian Armed Forces for routine tasks, logistical support and personnel transportation. Given the high demand, Lithuania was planning to renew the contract and buy another 42 Unimog trucks for its Armed Forces, which have now been delivered.

The model of Unimog handed over to the Lithuanian armed forces was not specified but, as they came from the Bundeswehr (German army) like previous deliveries, they all had to be refurbished U5000s too.