According to information released by the British company Horstman on November 15, 2021, Horstman Group, a company of the RENK Group, is delighted to announce that it has won a multi-million pounds refurbishment and 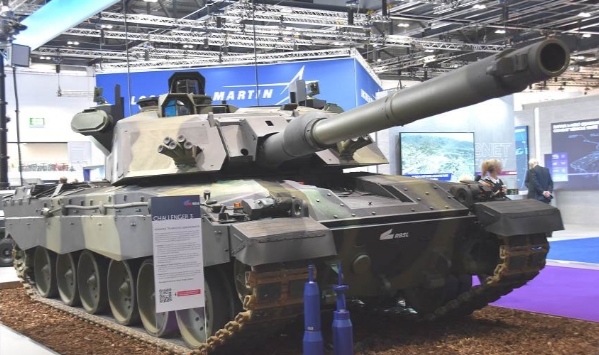 Horstman has been awarded a new contract from the UK Ministry of Defence (MOD) for the refurbishment and upgrade of Hydrogas® to a 3rd generation suspension unit for main battle tank, recovery and engineering variants as part of the Heavy Armor Automotive Improvement Program (HAAIP).

Feeding into the new Challenger 3 Main Battle Tank, this award follows many years of production and support to the British Army’s armor fleet including Warrior, AS90, Terrier and the design of the original Challenger Hydrogas®.

This multi-million pounds contract maintains our long heritage of providing combat mobility solutions in support of the British Army and clearly demonstrates our excellent relationship and proven quality as a global supplier.

Horstman is proud of our decades’ long relationship in support of the Challenger fleet of vehicles and as part of the RENK Group, we look forward to supporting the UK MOD into the future.

In May 2021, Army Recognition has reported that the British MoD has announced a contract for the purchase of 148 Challenger 3 MBTs. During DSEI 2021, defense exhibition that was held in London, September 2021, Rheinmetall BAE Systems Land (RBSL) has displayed the next generation of Challenger 3 main battle tank for the British army fitted with the Israeli-made Rafael Trophy APS (Active Protection System). RBSL’s upgrade solution for the Challenger 3 Main Battle Tank (MBT) incorporates state-of-the-art lethality, survivability, surveillance, and target acquisition capability.