According to information published by the “Taiwan News” website on January 19, 2022, the Taiwanese army has confirmed an order for the purchase of the M136 Volcano Vehicle-Launched Scatterable Mine System from the United States. 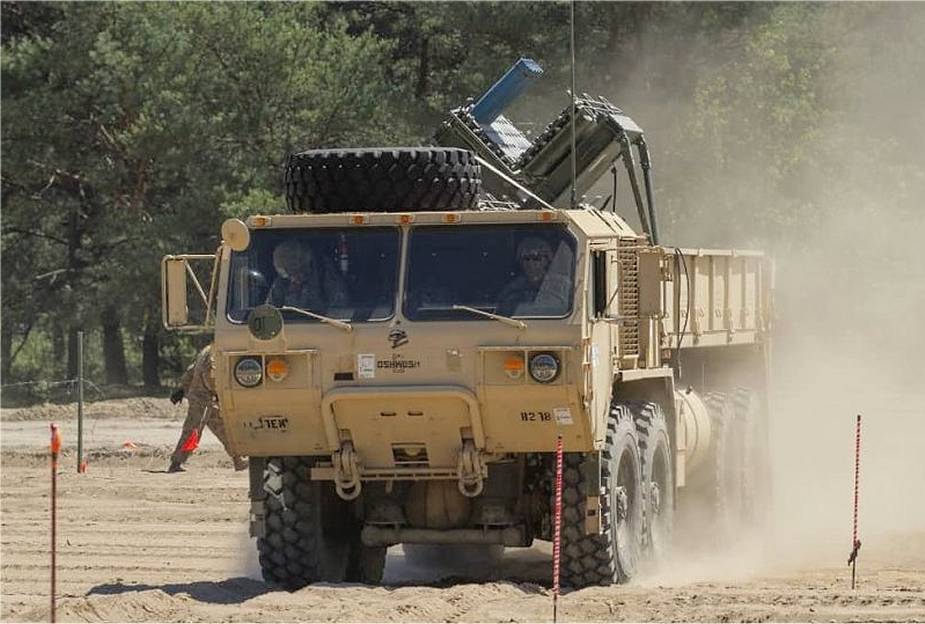 Taiwan has been seeking to purchase the M136 Volcano ground vehicle mine dispensing system from the US that enables the quick delivery of land mines to large areas. The proposal to buy the M136 Volcano Vehicle-Launched Scatterable Mine System was approved by the Taiwanese government late last year.

The M136 Volcano Vehicle-Launched Scatterable Mine System is an automated mine delivery system developed by the United States Army in the 1980s. It enables tactical commanders to emplace antitank/antipersonnel (AT/AP) or pure AT minefields with a minimum of personnel.

Ground Volcano is designed to emplace large minefields in depth and tactical minefields oriented on enemy forces in support of maneuver operations and friendly AT fire. It is ideal for use as an obstacle reserve, employed when enemy forces reach a decision point that indicates future movement. Obstacles can then be emplaced in depth on the avenues the enemy is using, leaving other avenues open for friendly movement.

A Soldier-selectable, self-destruct mechanism destroys the mine at the end of its active lifecycle – 4 hours to 15 days – depending on the time selected. Using a ground vehicle, a 1,000-meter minefield can be laid in 4 to 12 minutes based on terrain and vehicle speed. A helicopter can complete the mission in 20 seconds. Advantages of this system include faster response, increased lethality, greater efficiency, and enhanced safety.

In the U.S. Army, the land version of the M136 Volcano is based M977 HEMTT 8×8 truck chassis. The rear of the truck is fitted with an M139 dispenser which has four launching racks. Each rack can hold up to 40 M87 mine canisters. Each canister contains six mines, so the total capacity for the dispenser is 960 mines. Mine canisters are physically and electrically connected to the mounting racks. The racks provide the structural strength and the mechanical supports required for launch and provide the electrical interface between the mine canisters and the DCU. The load/reload time for an experienced four-man crew is approximately 20 minutes.

All the operations of the M136 Volcano are controlled thanks to the use of the Dispensing Control Unit (DCU) providing controls for the arming sequence and the delivery speed selection, initiate the arming sequence and set the self-destruct time for the mines. The DCU allows the operator to start and stop mine dispensing at anytime, and counter indicates the number of canisters remaining on each rack.