According to information released on February 8, 2022, the Swedish Defence Materiel Administration (FMV) has awarded a contract worth approximately EUR 28 million (SEK 300 million) to Patria to upgrade Patria XA-202/203 (Pansarterrängbil Patgb 202/203) wheeled armored vehicles. In total 168 vehicles will be refurbished at the Patria facilities in Hämeenlinna, Finland. The vehicles were delivered to the Swedish Armed Forces at the beginning of the 2000s. 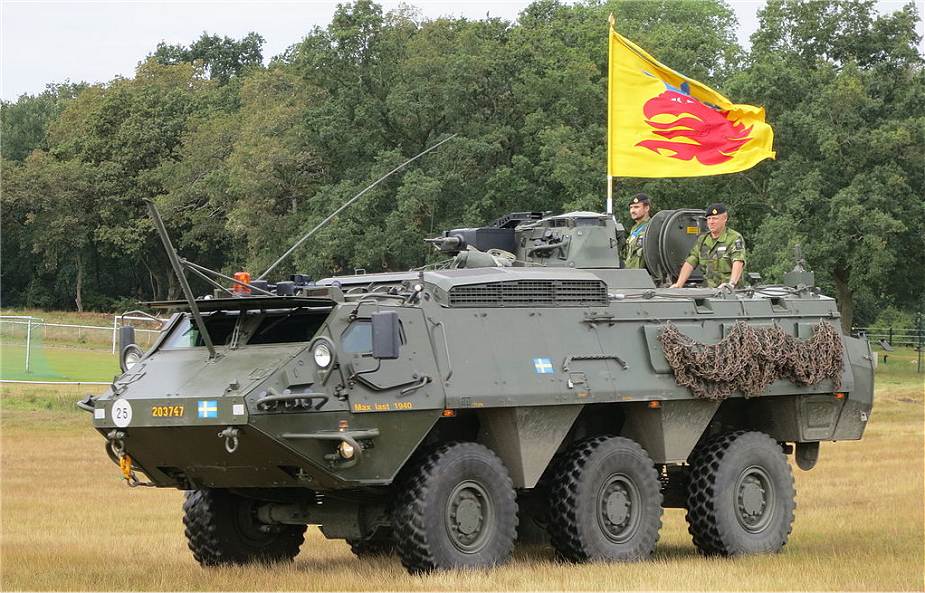 Patria will make a mid-life upgrade (MLU) to the entire fleet of armored six-wheeled personnel carrier vehicles operated by the Swedish Armed Forces. The work will start immediately with the first deliveries already this year and with the entire fleet upgraded by the end of 2025. The upgrades include the engine, chassis, electrical and hydraulic enhancements and will provide decades of added service life for the vehicles.

“We are proud that the FMV is showing confidence in Patria’s offering of advanced mid-life upgrades to the Swedish Armed Forces’ fleet of XA vehicles. The contract is well in line with Patria’s ambition to be a strategic partner to the Armed Forces and FMV throughout the entire life cycle of delivered products”, says Mats Warstedt, Head of Market Area Nordics at Patria.

The 200 series looks a little different from older variants due to increased armor. It lacks amphibious capabilities but can wade through water that is up to 1.5 m deep. The improved armor protects the passengers against up to 14.5 mm small arms fire. It is also equipped with modern optical aids like periscopes and night vision.

The XA-202 is a command post armored vehicle based on the XA-200 6×6 chassis. The rear part of the vehicle has been raised to accommodate an operator room. The vehicle is also vehicle equipped with a hydraulic mast and all required communications equipment. Its telescopic mast is powered by the main turbocharged diesel engine.

The XA-203 is the APC (Armored Personnel Carrier) version in the XA-200 family. It has a crew of three and can accommodate up to seven infantrymen. The roof of the hull is equipped with a remotely operated weapon station which can be armed with one 7.62mm or 12.7mm machine gun.

Dragón IFV to be protected by armour package from Plasan