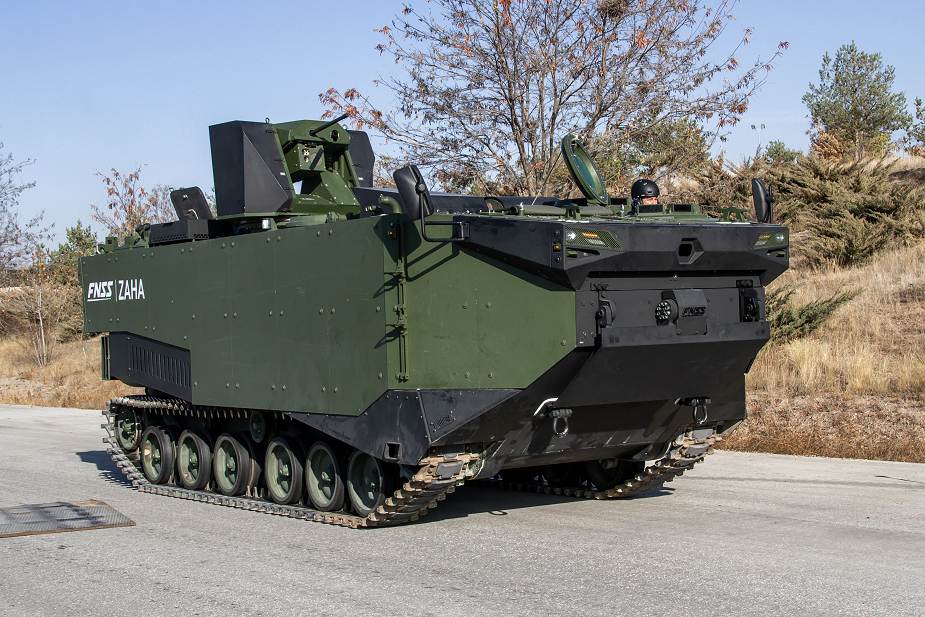 The signing of the MoU coincides with the launching of Indonesia’s Defense Industry Strategic Program that will strengthen the country’s defense industry in line with its goal to reduce reliance on importing foreign-made weapon systems, while improving its defense technology and manufacturing capabilities, Asia Pacific Defense Journal reports.

The Armoured Amphibious Marine Assault Vehicle (MAV), also nicknamed Zaha, has been developed by the Turkish company FNSS within the scope of the Presidency of Defence Industries project to meet the amphibious armored vehicle needs of the Turkish Naval Forces Command. The MAV was exhibited during the international defense exhibition IDEF, which was held in August 2021. The Zaha is similar – but not identical – to the US AAV7A1 which both Indonesia and the Philippines operate. Its programme was launched in 2019 to meet the requirements of the Turkish Naval Forces as well as for export market.

The vehicle has a crew of three and can carry up to 21 infantrymen. It is based on an aluminum hull that provides protection against the firing of small arms and artillery shell splinters. It is powered by a Diesel engine mounted at the front of the hull, coupled to a fully automatic transmission. During amphibious operations, the vehicle is propelled in the water at a maximum speed of 13 km/h (7 knots) thanks to two water jets mounted at the rear of the hull. The vehicle can reach a top road speed of 70 km/h.

For its self-protection, the MAV Zaha is fitted with a remotely operated weapon station mounted on the hul top, armed with a 12.7 mm heavy machine gun or a 40mm automatic grenade launcher. The vehicle can be configured in different variants such as Personnel Carrier and Command-Post.