The U.S. Army recently announced that the Next Generation Squad Weapon, the XM5 rifle and XM250 light machine gun will replace the M4/M16 rifle and the M249 light machine gun, with some Soldiers expected to receive the weapons by the fourth quarter of 2023, Staff Sgt. Michael Reinsch, Army News Service, reports. New Hampshire-based weapons manufacturer Sig Sauer was awarded the contract. 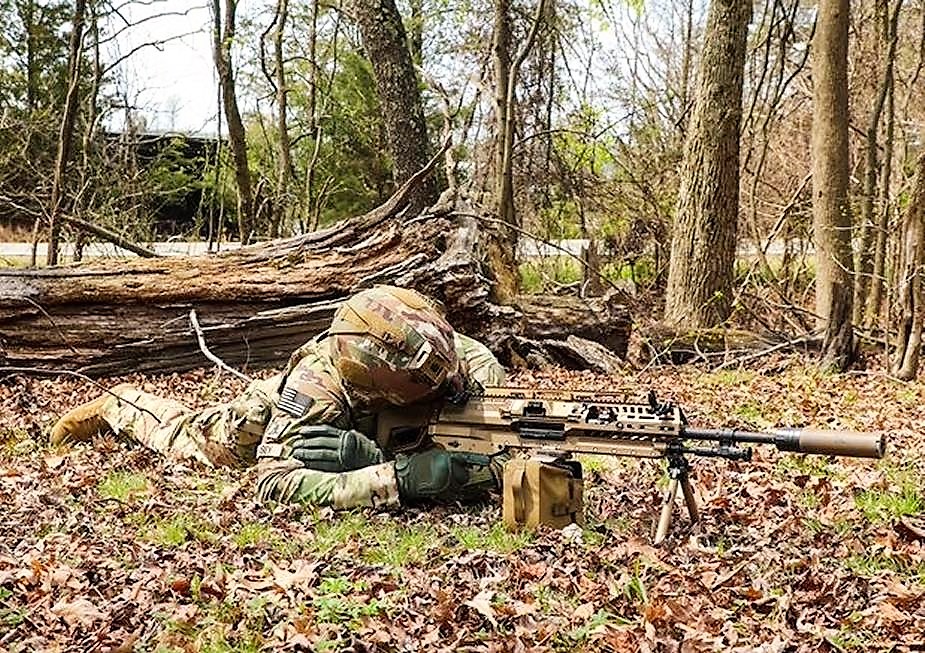 The new weapon system will use the 6.8 mm family of ammunition instead of the 5.56 mm ammunition the M4/M16 fire. The 6.8 mm has proven to outperform the 5.56mm and 7.62mm ammunition against a full array of targets. “We should know that this is the first time in our lifetime – this is the first time in 65 years the Army will field a new weapon system of this nature, a rifle, an automatic rifle, a fire control system, and a new caliber family of ammunition,” said Brig. Gen. Larry Burris, the Soldier Lethality Cross-Functional Team director. “This is revolutionary.”

U.S. Army units that engage in close-quarters combat will be the first to receive the weapons including those with 11B infantrymen, 19D cavalry scouts,12B combat engineers, 68W medics, and 13F forward observers.

According to Brig. Gen. William M. Boruff, the program executive officer in the Joint Program Executive Office, the course of action to support readiness with the new ammunition is going to be carried out through a combined effort of the industrial base at Sig Sauer and the Lake City Ammunition Plant. “Now, consider preparing a new weapon fielding starting with absolutely zero inventory and the industrial base being established. It’s daunting,” Boruff said.

Despite starting from the ground up the Lake City Army Ammunition Plant has actively began producing rounds during the prototyping process and will continue to provide ammunition in the future.

In 1964, before the Army entered the Vietnam conflict, the M16A1 rile was introduced into the service’s weapons rotation. It was a significant improvement on the M14 rifle, and it became the standard service rifle for Soldiers.

In 2017, the Small Arms Ammunition Configuration Study identified capability gaps, and in 2018, the Next Generation Squad Weapon program was established to counter and defeat emerging protected and unprotected threats. “We are here to establish overmatch against near-peer adversaries, and that is more urgent and relevant today than any time in recent history,” Burris said. “We are one giant step closer to achieving overmatch against global adversaries and threats that emerge on the battlefield of today and tomorrow.”

During the prototyping phase, the NGSW outperformed the M4 and M249 at all ranges, and leaders said that the maximum effective ranges will be validated during another testing phase.

Burris said that with the help of industry partners, the Army accelerated through an acquisition process that normally takes eight to 10 years to complete in only 27 months. More than 20,000 hours of user feedback from about 1,000 Soldiers were collected during 18 Soldier touch points and more than 100 technical tests have shaped the design of the NGSW system. The Army will continue to improve on the weapon systems by combining new technology while decreasing size, weight, power and cost.

“We committed to kitting the Soldier and the squad as an integrated combat platform in order to introduce and enhance capabilities holistically. We are committed to creating an architecture that facilitates technology growth and capability integration across those platforms,” Burris added.

The XM5, which weighs about two pounds heavier than the M4, and the XM250, which is about four pounds lighter, are still in their prototype phase and may change slightly by the time it is out for mass production. The XM5 weighs 8.38 pounds and 9.84 with the suppressor. The XM250 weighs 13 pounds with a bipod and 14.5 with the suppressor.