Defence Technology Institute (DTI) has delivered a command vehicle variant of the Norinco VN1 8×8 armored vehicle to Royal Thai Army’s Cavalry Center based at Fort Adisorn, Saraburi province, on 5 May 2022, Military Leak reports. The Defence Technology Institute (DTI) is a research and development agency operating as a public organization under the oversight of the Thai Ministry of Defence. 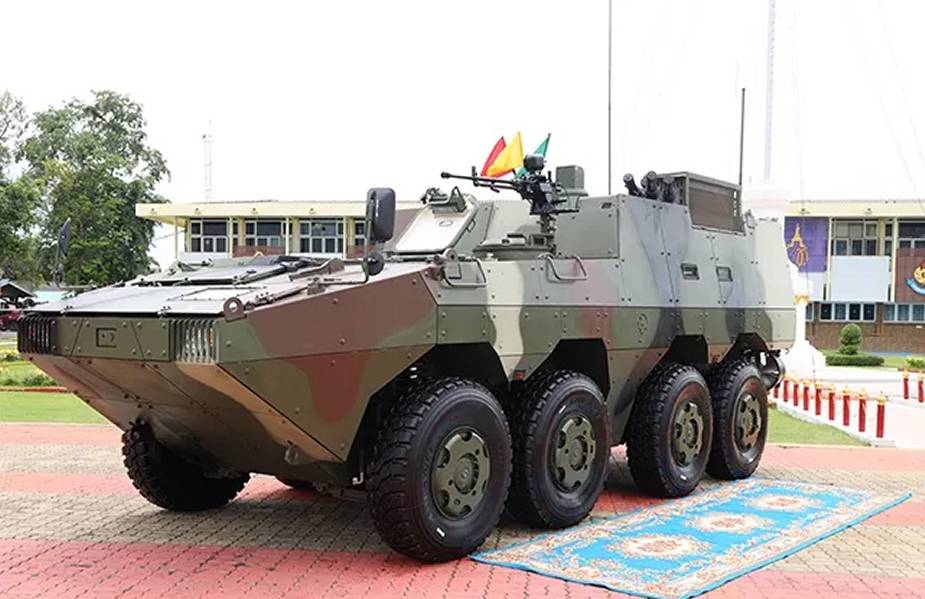 The Royal Thai Armed Forces signed a contract to purchase a first batch of 38 NORINCO VN-1 IFVs VS27 armored recovery vehicles (ARVs) at the price of US$1.695 million each, Military Leak recalls. The RTA received the first vehicles at the port of Chonburi from December 3rd to 5th, 2019. In 2019, the Thai Army ordered 41 additional VN1s. The VN-1 was put into service in February 2021 with the 2nd Cavalry Regiment.

The VN1 is a wheeled armored vehicle designed and manufactured in China by NORINCO (North Industries Corporation) for the international military market. This vehicle is the export variant of the ZBL-09 (also called ZBD-09) 8×8 amphibious armored personnel carrier. The VN1 is based on an 8×8 chassis able to be fitted with a weapon station up to 105mm cannon or 122mm howitzer. China started to market the VN1 in 2008 and the vehicle was unveiled to the public in February 2009 during IDEX, the International Defense Exhibition in Abu Dhabi, UAE.