FNSS is attending Indo Defence Expo & Forum 2022 which is taking place in Jakarta, Indonesia, between 2 – 5 November. The Turkish manufacturer is exhibiting its Marine Assault Vehicle (MAV) Zaha with Caka Remote Weapon Station (RWS) which is purposely designed for MAV. Kaplan MT (Harimau), developed jointly by FNSS and PT Pindad as part of a Defence Industry Cooperation Agreement signed between Turkey and Indonesia, is participating in the live demonstrations.

The Marine Assault Vehicle (MAV) called Zaha is the tracked vehicle designed by FNSS to meet amphibious operational requirements. During the beach landing phase of an amphibious operation, these vehicles are launched from landing helicopter docks (LHD) and are able to rapidly cover the distance between the vessel and the shore, allowing marine units to land under armor protection. A unique hull design and powerful water jets make the MAV highly mobile in the water with a speed of 7 knots, as well as on land, at 70 km/h maximum speed. The MAV firepower is provided by the purposely designed CAKA dual remotely-controlled turret that can be armed with a 12.7 mm MG and a 40 mm AGL. 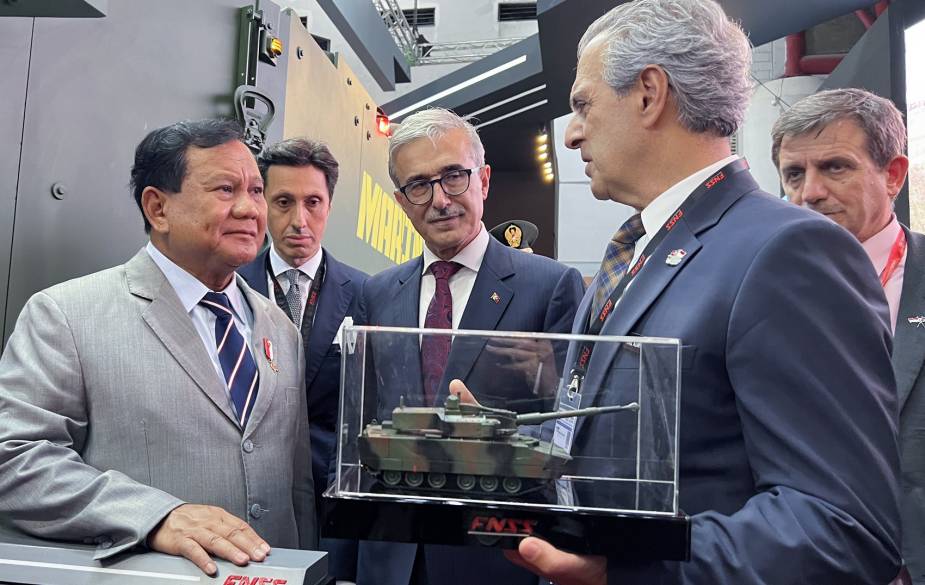 In addition to Zaha, Kaplan MT (Medium Tank), which was developed within the scope of the project signed between the Presidency of Defence Industries of Turkiye and the Indonesian Ministry of Defence with an interstate agreement, took place in the live demonstration of the Indonesian Army on Wednesday, November 2, in the open area of the Expo.

The Kaplan MT is the sole and exclusive modern Medium Weight Tank designed with a rear powerpack and not a conversion of a variant from an existing IFV. Its unique design provides the lowest silhouette and highest power-to-weight ratio in its class and its platform is designed for optimum weight and high mobility performance.

As the Kaplan MT project stands out in that it is Turkey’s first export project in the tank class, the project itself highlights the export experience and the succession of the technology transfer model of FNSS as the design perfection studies of the project completed in a short time and the production of the platforms concluded within the scope of the foreseen calendar.

Rheinmetall will supply its latest artillery propellant charge technology to the U.S. Army. American Rheinmetall Munitions Inc., located in Stafford, VA is on contract to...