At AirShow China 2022, the Chinese company CASIC displays a new version of its LW-30 is a modern short-range precision laser weapon system designed for tracking and destroying UAVs based on a Chinese-made 6×6 truck chassis similar to the Belarus MZKT-6922. 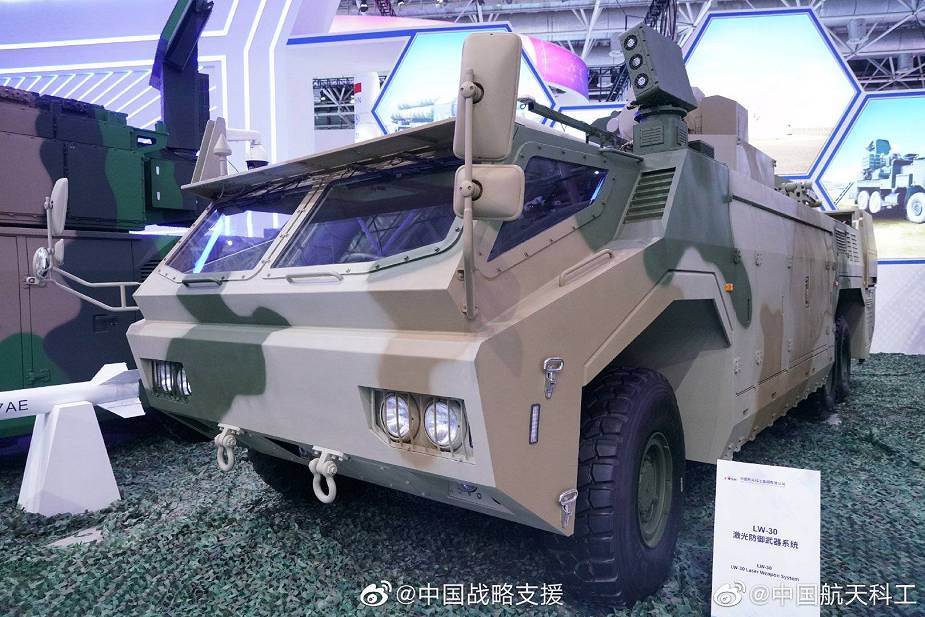 The first version of the LW-30 laser weapon system was unveiled by CASIC (China Aerospace Science and Industry Corporation) in 2018 during AirShow China.

The LW-30 is a short-range precision interception laser weapon. The whole system consists of a 30kW laser weapon vehicle, a command and communication vehicle, and one logistical support vehicle. The system can be flexibly deployed in key areas based on specific scenarios and demands.

The LW-30 laser weapon system aims to detect and strike low, slow, and small (LSS) targets, which refers to those that fly below one kilometer, at speeds around 200 kilometers per hour, and have a radar cross-section smaller than one square meter.

According to our first analysis, the beam director mounted on the version displayed at AirShow China 2022 is bigger than the truck-mounted version. This could mean better focus of the laser beam, which translates to a longer range.

The LW-30 laser weapon systems mounted on the Chinese-made 6×6 truck chassis could offer the same mobility capabilities as the Belarus MZKT-6922. It has a weight of 22,000 kg with a payload capacity of 12,000 tons. The truck is powered by a Diesel engine developing 420 hp and can reach a top road speed of 80 km with a maximum cruising range of 800 km. The chassis has been designed to offer high performance in off-road conditions.