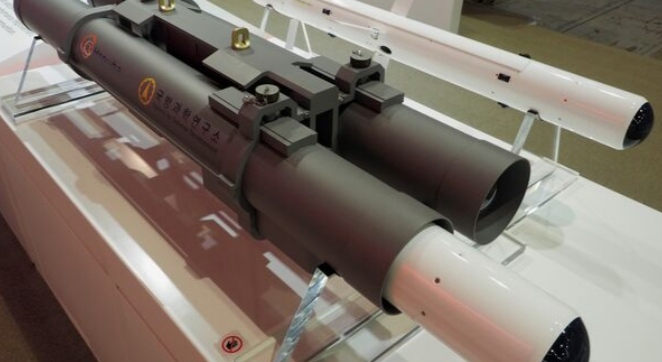 Cheongeom, which has been in development since November 2015, will be integrated into the Light Armed Helicopters (LAHs) developed by Korea Aerospace Industries (KAI) for the Republic of Korea (RoK) Armed Forces, DAPA said in a media release on 19 December.

Cheongeom has reportedly been developed under a KRW180 billion (USD139.5 million) project.

DAPA said the ATGM has “fire-and-forget” and “fire-and-update” capabilities, enabling the missile to hit a target without human intervention as well as enabling the operator to “redesignate the target” after the missile has been launched.