DAPA said that it has signed a contract with Hanwha Aerospace to mass-produce 120 mm SPMs and fire command vehicles. Pictured above is an example of a 120 mm SPM integrated into an M113-type tracked armoured personnel carrier. (Hanwha Defense) 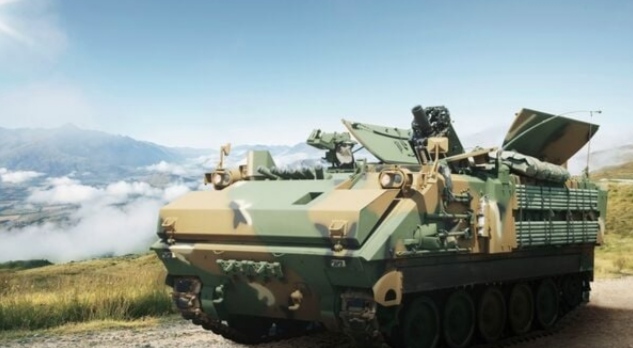 DAPA said in a recent press release that it has signed a “follow-up mass production” contract worth KRW584 billion (USD458 million) with Hanwha Aerospace to mass-produce 120 mm SPMs and fire command vehicles. “Compared to the existing 4.2-inch mortar, the 120 mm SPM has a [strike] range 2.3 times greater and firepower 1.9 times longer. The mortar itself can rotate 360° without rotating the vehicle to respond to target changes,” DAPA added.

In addition, the fire command vehicles can automatically calculate the shooting data, which has increased the accuracy and fire support of the vehicle. The new systems also reduced the system-operating troops requirement from 32 to 24, making the vehicles future battlefield-ready, DAPA said.