The NATO Communications and Information (NCI) Agency is planning to release 1.4 billion EUR in business opportunities in the next 18 months. 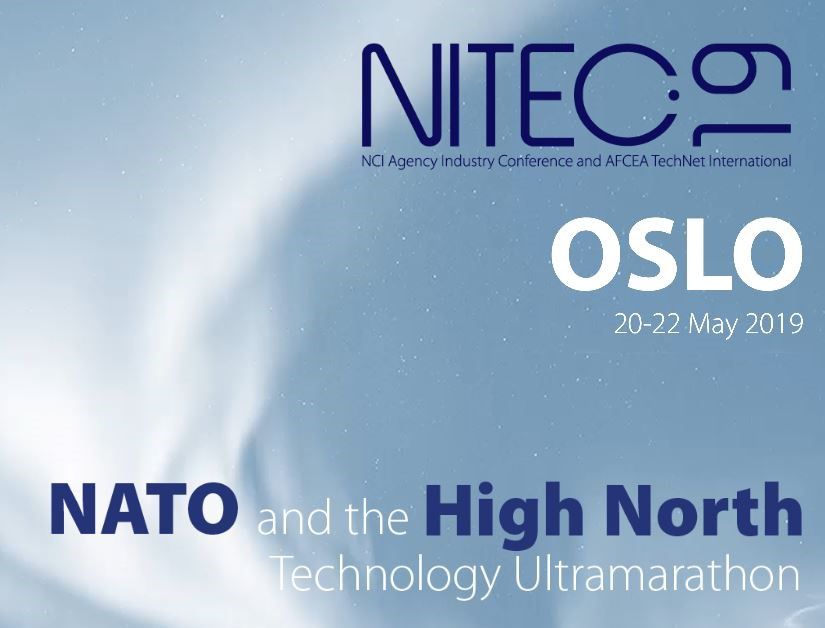 As NATO’s tech and cyber leader, the Agency works to deliver technology and services to NATO Nations and Commands. During these next 18 months, the Agency plans to issue bids for, or award contracts in areas such as cyber security; joint intelligence, surveillance and reconnaissance; and satellite communications.

The Agency holds open competitions through Invitations for Bid, or IFBs. You can read more about the process here.

Industry leaders will learn more about these opportunities over the next three days at NITEC. The Agency’s annual flagship industry conference kicks off on 20 May 2019 in Oslo, Norway.

Satellite Communications: The Agency plans to contract out 189 million EUR in satellite communications transmission services for the space, ground and control resources to support NATO operations from 2020 to 2034.

Cyber Security: 129 million EUR is planned for refreshing and optimizing the security technology for NATO’s communications and information systems.

Deployable Communications and Information Systems (CIS): Through several other projects, the Agency is also planning to contract out 153.2 million EUR on deployable CIS and capability enhancements.

Nuclear Command and Control Services: NATO plans to make investments in the order of 15-to-20 million EUR to ensure a safe, secure and effective nuclear deterrent in the face of new technologies and threats. These funds will be used to develop software and procure IT equipment, among other things.

Joint Intelligence, Surveillance and Reconnaissance: The Agency plans to issue a bid worth 17 million EUR in the area of Joint ISR, to provide additional intelligence collecting and sharing capabilities to NATO Commands.

Türkiye’s global land systems manufacturer Otokar is currently participating in Indo Defence 2022 which is taking place in Jakarta, Indonesia. The company is displaying...