An image of the first aircraft arriving at Abuja Airport, Nigeria, emerged on Twitter on Friday (10 September). Flightradar24, a Swedish app used to track aircraft, showed the rotor wing aircraft fly from Accra, Ghana, to 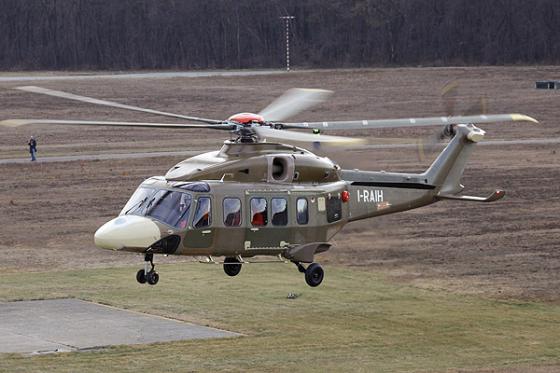 The Presidential Air Fleet is based at Abuja/Nnamdi Azikiwe (Nigeria) and operates two Leonardo AW139 helicopters next to a fleet of fixed wing aircraft, which includes a Cessna 550, a Falcon 900, a Boeing 737-700, two Falcon 7X jets and a Gulfstream G550.

The arrival of the AW189 follows the induction into service of the first six of 12 A-29 Super Tucanos into the Nigerian Air Force on 31 August. Other aircraft, including unmanned aerial vehicles (UAVs) from China, are due to arrive in Nigeria soon.

To ensure there are enough pilots to fly the new acquisitions, the Nigerian Air Force is training personnel locally and in foreign countries, and last week graduated 20 UAV and five fixed/rotary wing pilots.

US Navy, for the first time, uses MQ-25A Stingray to refuel F-35C