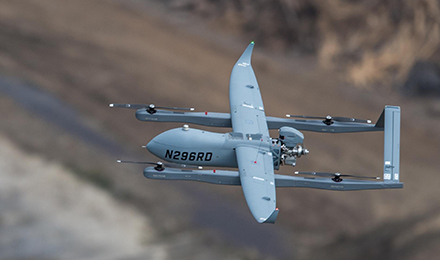 Textron Systems and L3Harris are bidding for both increments in the US Army’s Future Tactical Unmanned Aircraft System (FTUAS) programme.

Wayne Prender, senior vice-president of air systems at Textron Systems, told reporters on 6 October, ahead of the Association of the United States Army’s (AUSA’s) annual convention, that the company is offering its standard Aerosonde Hybrid Quadrotor (HQ) small unmanned aircraft system (UAS) for Increment 1, and a scaled-up version of the aircraft that will be on display at AUSA for Increment 2. The service is taking a two-pronged parallel approach to FTUAS, and is using Increment 1 for an accelerated fielding capability of mature technologies.

Increment 1 will meet the present operational need and replace the Textron Systems Unmanned Systems RQ-7B Shadow tactical UAS within some of the US Army’s brigade combat teams (BCTs). US Army spokesman David Hylton said on 6 October that Increment 2 will satisfy the full FTUAS requirement and will replace Increment 1 fielded systems in fulfilling the BCT fleet requirement.