Paramount Group, the global technology and aerospace business, has announced that new add-on armour has been developed for its next generation Mbombe 4 Infantry Fighting Vehicle (IFV), resulting in some of the highest levels of protection that can be achieved globally by an armoured vehicle in its class. 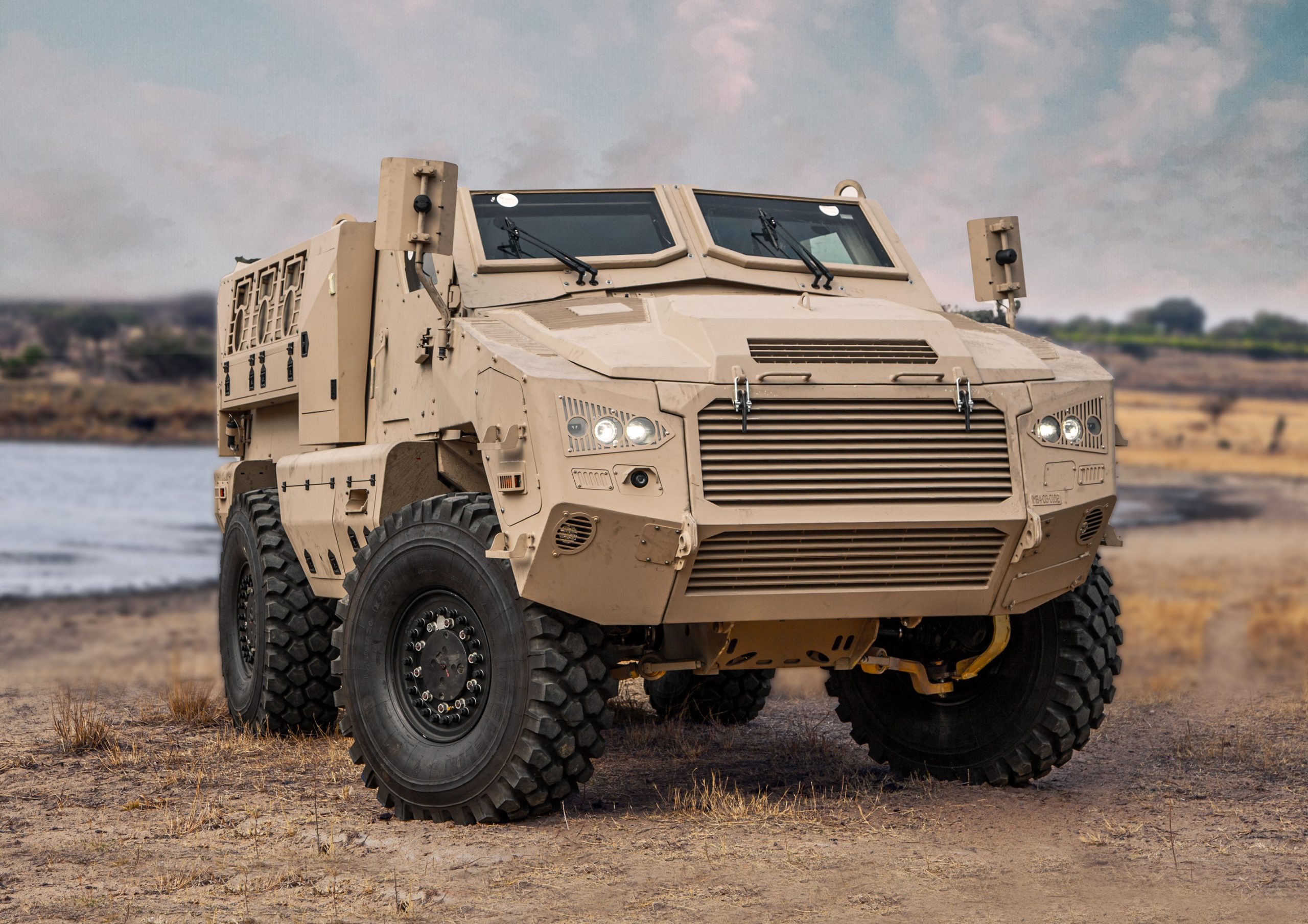 Designed and developed specifically for local manufacturing from within customer countries, in response to the increasing requirement from governments for the development of their own defence industrial capabilities, the Mbombe 4 was first launched onto the global market in 2019.

Meeting the demands of modern warfare, the Mbombe 4 has successfully completed a series of extreme trials with several armed forces around the world, securing orders from the United Arab Emirates and a partnership with India’s industrial giant, Bharat Forge for the in-country production of its localised variant, the Kalyani, for the Indian Army.

Already recognised as one of the best protected armoured vehicles in the world, the newly tested and certified add-on armour increases the Mbombe 4’s protection to cover all Level 3 threats within NATO STANAG 4569, a NATO standardisation agreement that institutes world-leading benchmarks for occupant protection.

Designed to be quickly replaceable in the field, the add-on armour provides a lightweight shielding system that adds the least possible weight to the vehicle while providing maximum security against multi-hit ballistic threats, artillery shell fragments, and close proximity IED explosions, as examples. 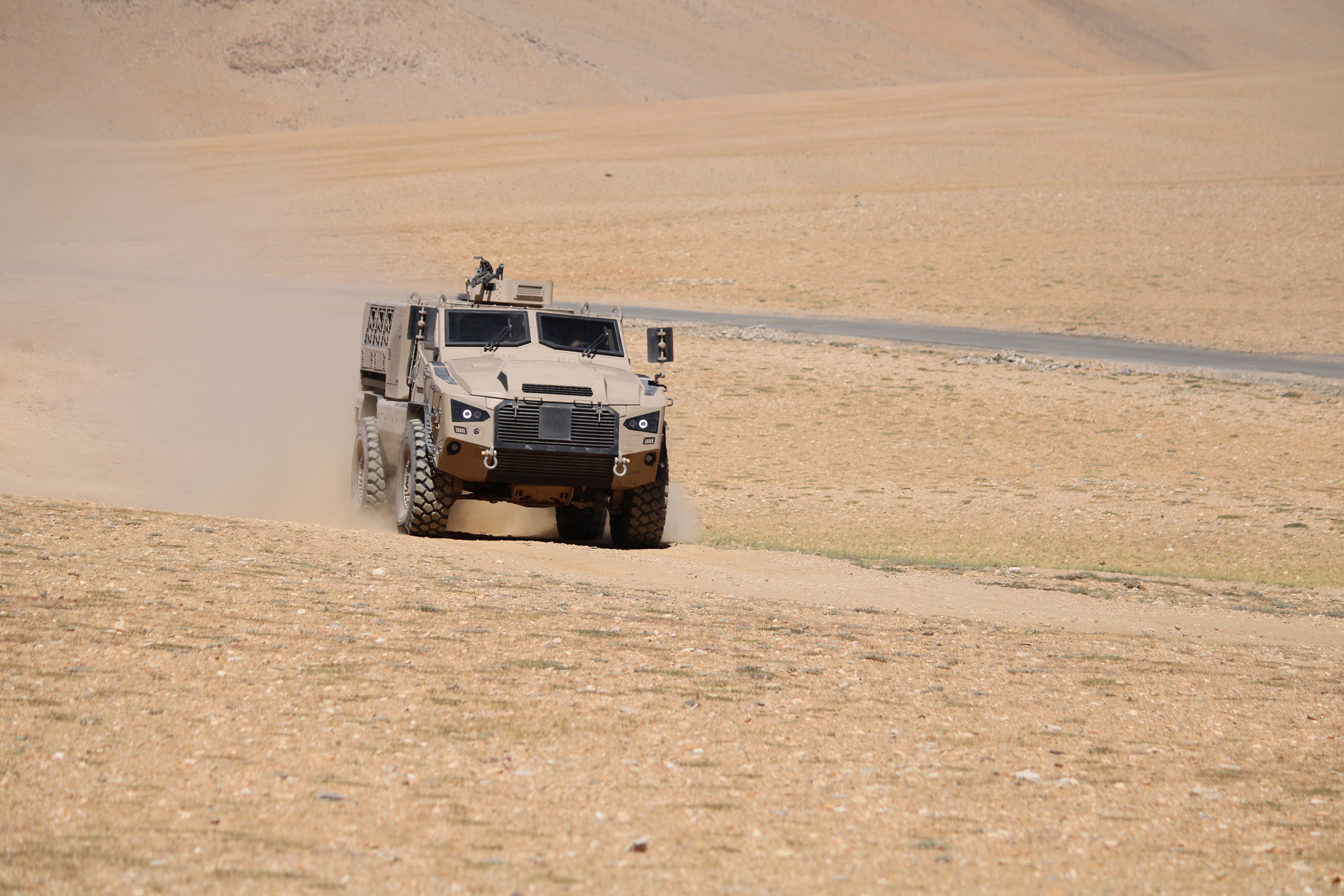 The Mbombe 4 received its final certification after successfully completing a series of independently conducted blast tests designed and executed by the Landward Sciences division of the Council for Scientific and Industrial Research (CSIR), South Africa’s leading and independent scientific research body. In the case of Mbombe 4, blast tests included two 10 kg TNT explosions under the wheels and the hull, and one 50kg side blast test carried out at a 5 meter distance, to simulate an Improvised Explosive Device (IED).

This development of enhanced add-on armour is the latest in a series of significant announcements regarding the exceptional performance of the Mbombe 4 and its rollout across strategic partner countries globally. The latter has been made possible through Paramount Group’s 27-year history of championing portable manufacturing and co-operation in establishing indigenous production capabilities, which fosters high-skills job creation and economic growth.

“Providing next-generation survivability and mission efficiency is a cornerstone of our land systems division. We are dedicated to continually researching and developing highly-customised solutions to meeting the asymmetrical security challenges of 2021 and beyond. This is a mission imperative to our business and one that has ensured steady growth in our partnerships worldwide”. 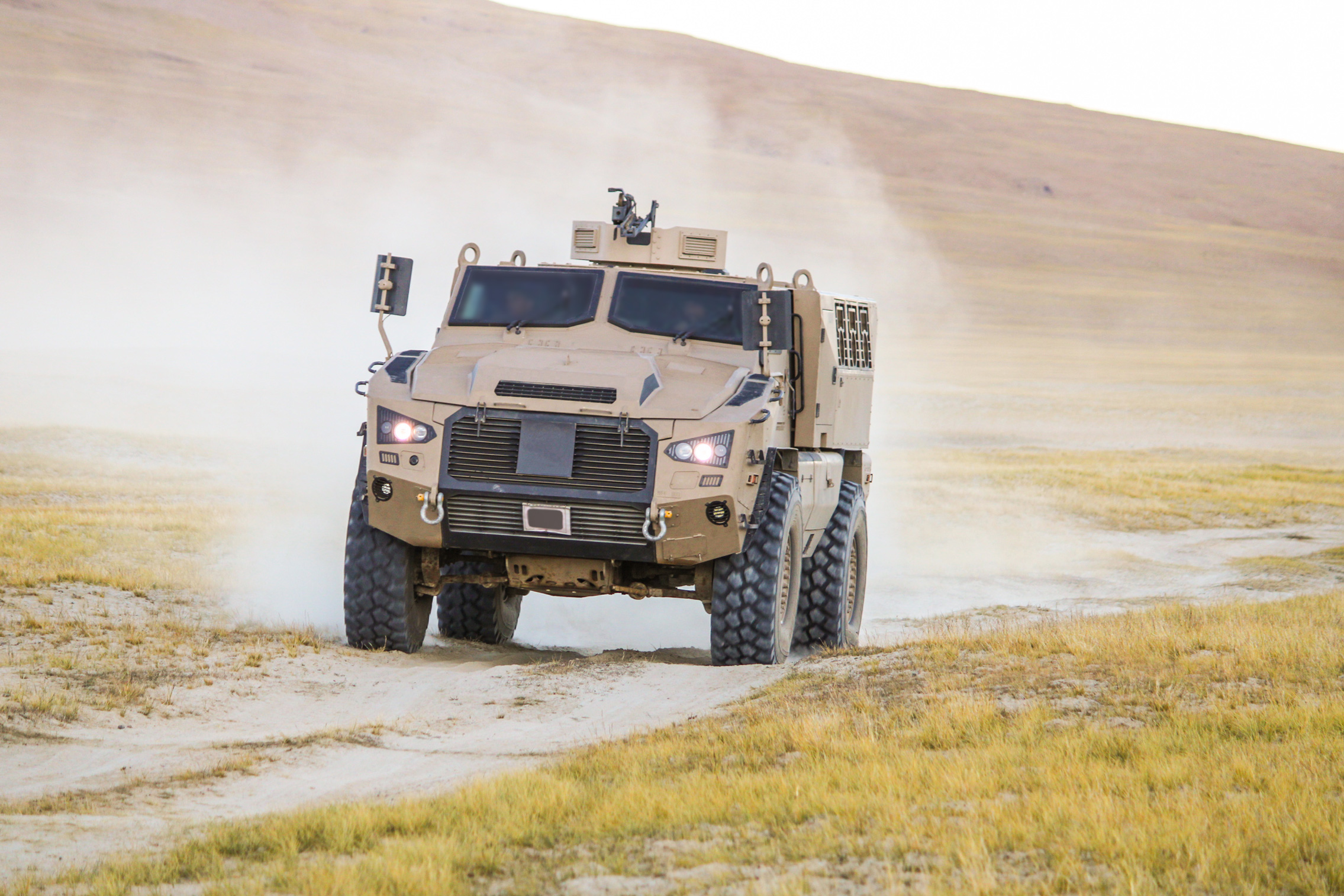 Key features of Mbombe 4 include Paramount Group-pioneered flat-floor mine protection technologies and a distinct, rear-door ramp design. The ease of access provided by the rear-door ensures the rapid deployment of the crew while the vehicle is static or on the move.

The Mbombe 4 performs with a burst speed of 140km/hr, an 800km operating range and sports an independent suspension system designed to optimally meet the increasing demand for outstanding .protection with versatility. The vehicle has an ‘in-line’ automotive driveline configuration, positioning the powerpack at the front of the vehicle and along its centre line, resulting in greater efficiency in the transfer of power from the powerpack to the wheels.

Further, in Mbombe 4 offering a unique commonality of components across the entire ‘Mbombe’ fleet of armoured vehicles, which lessens the costs associated with repairs and training, Paramount Group’s mine resistant carrier is both affordable and adaptable over challenging terrains; the vehicle is equally well suited to engage in counter-terrorism, border patrol, counter-insurgency, internal security and peacekeeping missions.