According to information published by the British Ministry of Defense on November 18, 2021, Poland and the United Kingdom will collaborate to develop NAREW, Poland’s future Ground-Based Air Defence System with the delivery of CAMM (Common Anti-air Modular Missile) air defense missile system to Poland. 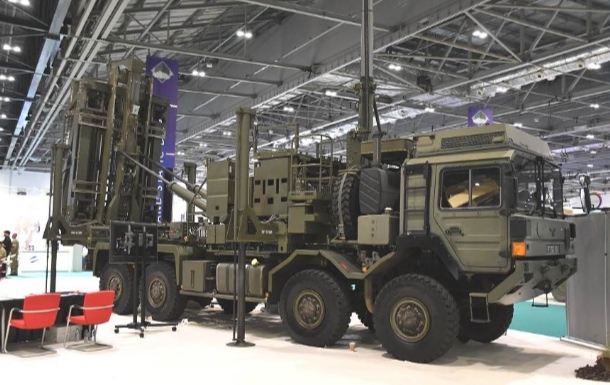 A landmark agreement has been reached between the British Defence Secretary Ben Wallace and Polish Defence Minister Mariusz Błaszczak to cooperate on Poland’s future air defense system. A first for the UK-Poland relationship, the Statement of Intent will see the two countries share pioneering technology to develop NAREW, Poland’s future Ground-Based Air Defence System, which is anticipated to have a multi-billion-pound budget.

The agreement will provide enhanced security and defense development for both countries while developing and sustaining critical skills across the missile sector in Poland and the UK. The Statement of Intent was signed during the Defence Secretary’s visit to Poland where he reaffirmed the UK’s commitment to European defense and security and NATO Allies.

In the UK, MBDA’s Common Anti-air Modular Missile (CAMM) family has been confirmed for the NAREW program. In choosing MBDA, and the CAMM family, Poland will receive the benefits of a true European missile partnership, the latest capabilities, and the ability to secure and develop highly skilled jobs in its defense industry. The delivery of the CAMM will be done in collaboration with the Polish Defense Industry PGZ.

The CAMM (Common Anti-air Modular Missile) is an advanced air defense missile system developed by the company MBDA. MBDA received a $413.6m contract to provide the CAMM missiles to equip the British Army and Royal Navy, in April 2017. In May 2018, it was announced that the British army has conducted firing tests close to the Baltic Sea, launching from its launcher vehicle and intercepting and destroying an aerial target in a display of the weapon’s accuracy. The CAMM system is also operational with the Royal Navy as part of the Sea Ceptor weapon system aboard the Type 23 frigates.

For the British Army, the launch unit is mounted on a MAN SV HX60 4×4 truck, mounting a crane for self-reloading, and 12 launch tubes for CAMM missiles mounted at the rear of the chassis. The CAMM missile has a minimum operational range of less than 1 km and a maximum range greater than 25 km. It has a weight of 99 kilograms, a length of 3.2 meters, a diameter of 166 millimeters, and reaches a supersonic speed of Mach 3 (or 1,020 meters per second). Flying at supersonic speeds, CAMM missiles can destroy modern air threats including stealth aircraft and high-speed missiles. Each CAMM family missile is equipped with an advanced active radar seeker that can see even the smallest, fastest, and stealthiest targets through the worst weather and the heaviest electronic jamming.