According to information released by the Belgian Ministry of Defense on October 29, 2021, Belgian armed forces will acquire 9 CAESAR NG (New Generation) from the French company Nexter, 155mm wheeled self-propelled howitzers 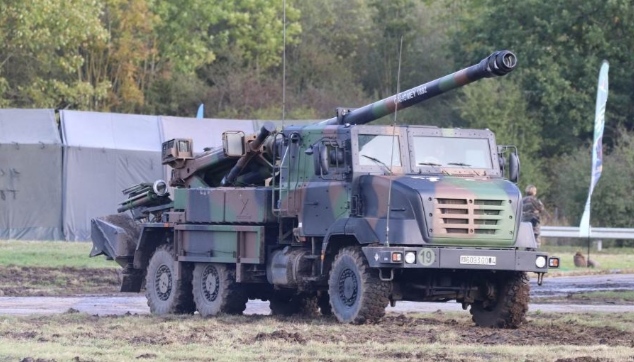 to increase their artillery capabilities.

According to the Strategic Vision published in 2016, Belgium has approved an investment of 48 million € (Euro) to acquire new artillery systems.

On 7 November 2018, the defense ministers of Belgium and France signed the Capacités Motorisée (Motorized Capacities) (CaMo) partnership which will allow the Belgian land forces to completely reequip the combat fleet of its motorized brigade. This included the acquisition of 382 GRIFFON multi-role armored vehicles and 60 armored JAGUAR reconnaissance and combat vehicles.

One of the main goals of the CaMo program is to reach a level of interoperability between the land forces of the two countries where a Belgian army unit can be seamlessly integrated into a French military operation, and vice versa.

The CAESAR is a 155mm wheeled self-propelled howitzer available in 6×6 and 8×8 configurations. In 2008, the CAESAR 6×6 equipped massively the French Army. The CAESAR 155mm howitzer on 6×6 chassis benefits from exceptional strategic and tactical mobility with unrivaled firepower. Both variants of the CAESAR are armed with one with a 155 mm/52 caliber cannon mounted at the rear of the truck chassis.

The 155mm/52 caliber of the CAESAR can fire a wide range of ammunition: among others, LU family (HE, Illuminating, Smoke and Practice) filled with insensitive or conventional explosives, the BONUS (Anti-Tank, smart), ERFB NR (Explosive Extended-Range Full-Bore), as well as the new KATANA 155mm, guided artillery ammunition. It has a firing range from 4.5 to 40 km and a high level of accuracy with the LU family.